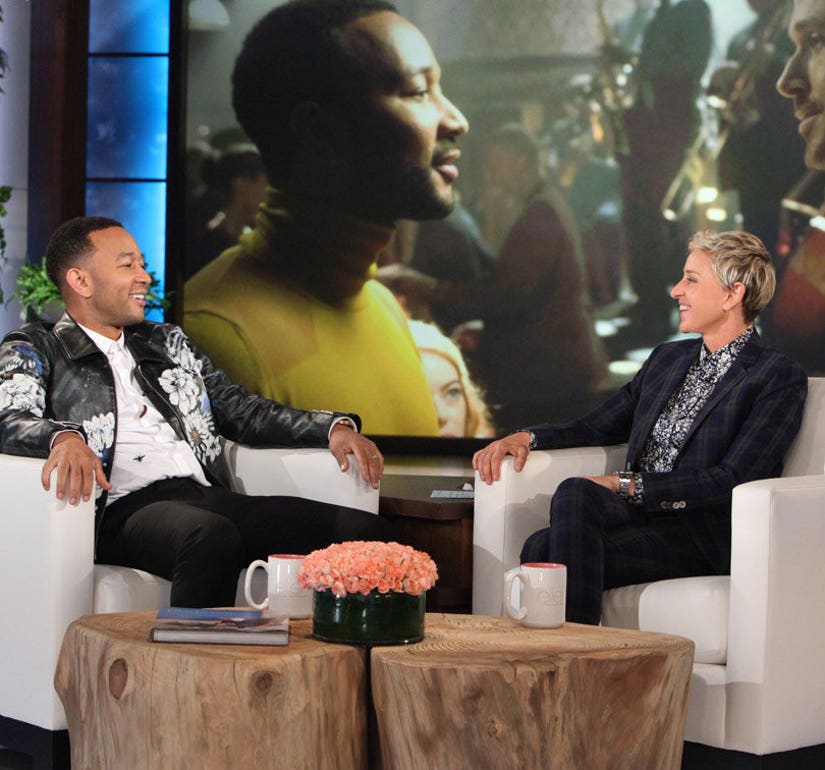 John Legend is one proud papa!

On Thursday, the Grammy winner stopped by "The Ellen DeGeneres Show," where he couldn't help but gush over his baby girl, Luna.

"Luna is adorable," said Legend, who welcomed little cutie with wife Chrissy Teigen back in April.

But the first-time father revealed that his baby girl is more than just an adorable face, telling host Ellen DeGeneres that his daughter hasn't given him or her supermodel mama much trouble ... yet.

"She's pretty chill so far, and I'm the chill one, of course," said Legend, admitting that the father-daughter duo share the same disposition.

"Luna, she smiles a lot," he elaborated. "She's got a good temperament so far. We're knocking on wood, we've got time. They say the twos are terrible, she's only six months, so we'll see."

But Luna wasn't the only lady the "All of Me" crooner swooned over during his appearance on the talk show.

Legend also took the time to compliment his ladylove over her recent role in a "Magic Mike" spoof that she created with host DeGeneres.

The skit saw the former Victoria's Secret model doing their best awkward stripper pole routine, but her hubby didn't mind it one bit.