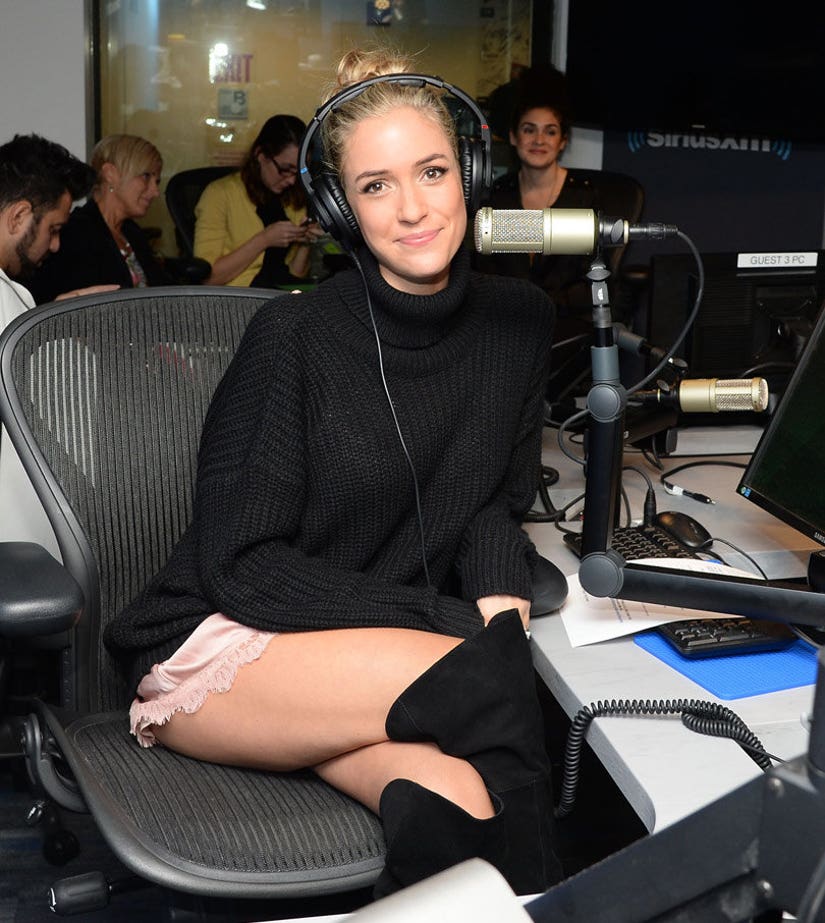 "I'm automatically attracted to beautiful women — I just start kissing them, it's like a magnet. Just kiss. I don't even wait. And when you're a star, they let you do it. You can do anything," he said in the too-candid conversation with Billy Bush. "Grab 'em by the p---y."

Trump later chalked it up to "locker room talk," a phrase many men in the sporting world found offensive.

Cavallari, who is married to NFL quarterback Jay Cutler, says words like that are the norm.

"I can't just do a smile and walk away?" Cavallari joked when she was asked about The Donald during an interview with SiriusXM's Taylor Strecker on Thursday. "I actually do think guys do talk like that, they do. However, as a woman, as a mother, no I don't want to hear that. However, guys are kinda sleazy and they do talk about that kind of stuff. Some of my girlfriends talk like that!"

Strecker pointed out that Trump was "kind of alluding to sexual assault," adding, "I have to hope that's not locker room talk." "100%" chimed in Cavallari, agreeing with the host.

To be clear, there's a difference between a woman who "throws themselves" at a wealthy man and one who doesn't consent to the actions Trump described above ... something the "Hills" alum may have missed.

"I do think that kind of talk happens more than we think," she added. "Obviously, as a woman, no, I don't want to hear that guys are talking to women like that."

The former "Laguna Beach" star went on to say she wouldn't be too thrilled to hear her two boys -- Camden, 4, and Jaxon, 2 -- using such language.

"I would probably slap them across the face! Camden, my oldest, is such a good kid he wouldn't swear because he's such a people pleaser," she explained. "He will definitely not be talking like Trump. Jaxon, on the other hand, definitely will be."