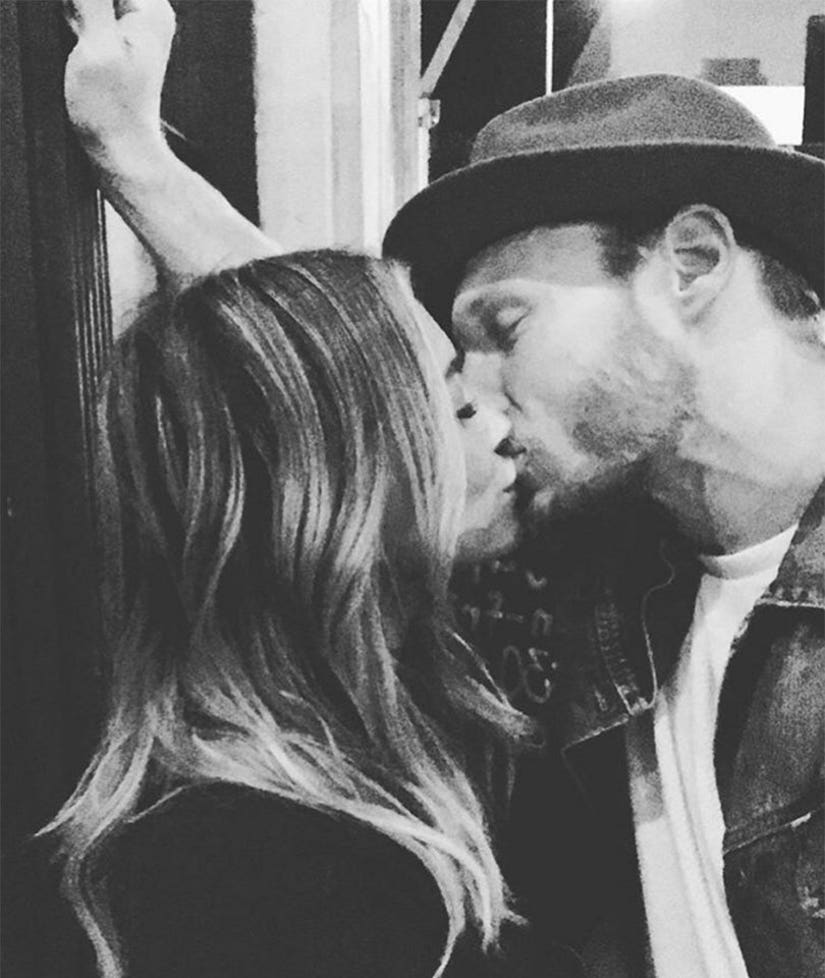 Sealed with a kiss!

Hilary Duff and her new boyfriend, personal trainer Jason Walsh, made it Instagram official on Sunday night, as the actress shared a pic of the two locking lips on social media.

"Date night with J," she captioned the pic, adding a heart emoji as well.

The two were first linked back in March, before they were spotted holding hands in NYC just month.

Duff, 29, was grilled about her new relationship on FOX 5's "Good Day New York" at the end of September, where she seemed pretty uncomfortable discussing her beau.

"We have [found a little 'like' with each other]. We've known each other for a really long time and he's a great guy and we have a lot of fun together," she told Rosanna Scotto about her new man. "It's nice to have that excitement in my life."

Things got a little awkward when Scotto followed up the actress' answer with a much more direct question ... asking if she'd say she's "back in a relationship."

The "Lizzie McGuire" alum started to giggle before throwing her hands up in defeat.

Well, this new pic all but confirms the answer to that question now!

FYI: This is what Jason looks like when he's not smooching his girlfriend. Like we said, HOT.