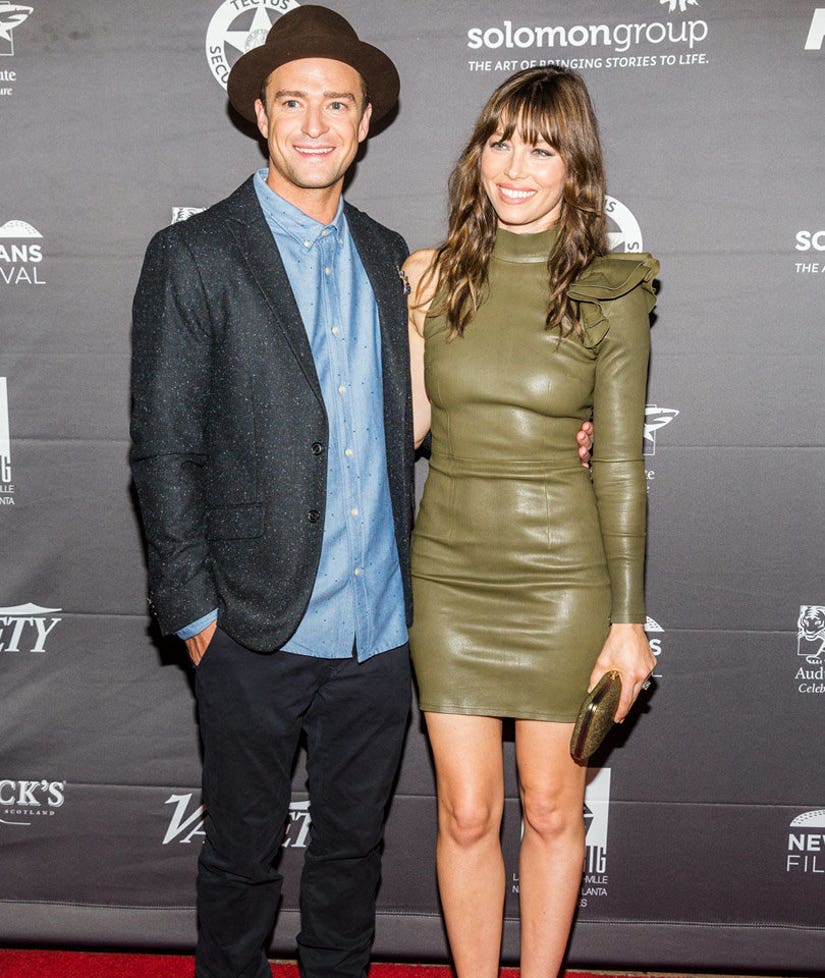 Justin Timberlake made a rare red carpet appearance at the Spotlight Screening of his wife Jessica Biel's new movie, "The Book of Love," on Saturday at the New Orleans Film Festival.

The pop star posed for photos with the actress before heading into the event.

Timberlake looked cool and casual wearing a gray blazer, blue button down, black slacks and a fedora, while the "7th Heaven" alum looked gorgeous in a green leather mini dress. Biel finished her look with beachy waves and a matching green clutch.

Apparently, the movie was a joint career move as the former *NSYNC frontman produced all the music!

"Justin is not only supporting me, but he is supporting the film that he worked really hard on as well," she told PEOPLE on the red carpet. "He composed all the music. And it's just lucky that we are actually able to get here given all the craziness of our everyday lives and our day jobs and everything. It's really nice. And it feels really supportive. It feels fun. It's fun to share."

After the film, Jess answered a few questions about the movie and motherhood while chatting with E! ... where she revealed that her baby bump in the movie was the real deal!

"That was the real thing," she revealed when asked if her pregnant belly was a prosthetic. "It was weird. I guess it was always kind of weird. It was just always good to be lying down at that point in my pregnancy."

What do you think about the couple's rare red carpet appearance? Sound off below and check out the gallery above to see more of Hollywood's hottest celebrity couples!