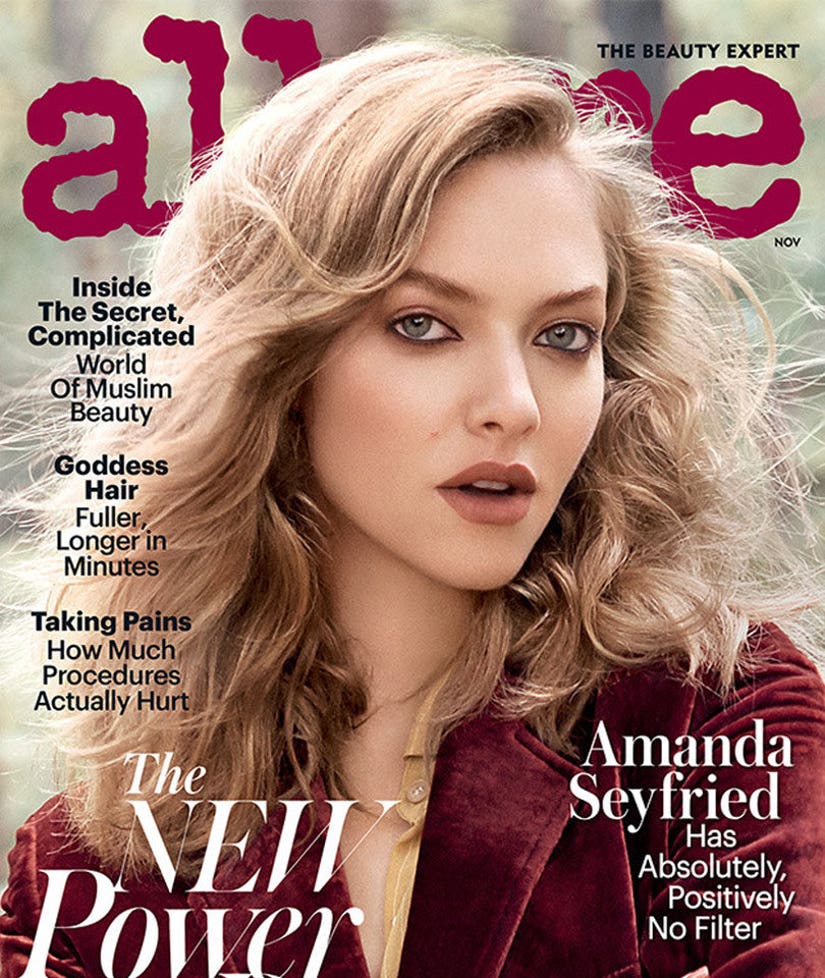 Amanda Seyfried wants to shine a light on mental illness.

The actress covers the November issue of Allure magazine, where she opens up about living with OCD.

While describing her home, the blonde beauty reveals she's been battling anxiety and depression since she was just a teenager.

"I bought the house in 2013, and then I had it redone," the 30-year-old says about her spot in New York. "I just finished renovating one of the barns for guests. I put in a bathroom and a little kitchenette, but no stove; I want people to eat meals in the house. Also, I always worry about people and how they use stoves. Which is just a controlling thing."

Part of that worry -- and the need to control -- stems from her obsessive compulsive disorder (OCD).

"And what are you fighting against? Just the stigma of using a tool?" she muses. "A mental illness is a thing that people cast in a different category [from other illnesses], but I don't think it is. It should be taken as seriously as anything else."

Amanda says her OCD caused her a lot of "health anxiety" ... which persuaded her to undergo an MRI.

"You don't see the mental illness: It's not a mass; it's not a cyst. But it's there. Why do you need to prove it? If you can treat it, you treat it," she explains. "I had pretty bad health anxiety that came from the OCD and thought I had a tumor in my brain. I had an MRI, and the neurologist referred me to a psychiatrist. As I get older, the compulsive thoughts and fears have diminished a lot. Knowing that a lot of my fears are not reality-based really helps."

Living in the spotlight hasn't exactly been beneficial for her condition, either.

"It's funny when insecurity hits you," she says. "Sometimes I feel I know the world so well, but then...it's so debilitating. You're like, 'What am I doing here? No one wants to see me. Why are you taking my picture?' It's stupid, it's irrational, and it's not all about me, but I make it about me because I'm insecure."

But it doesn't sound like Seyfried actually takes herself that seriously -- she still has a sense of humor about fame.

"I hope I wasn't too boring," she says at the end of the interview. "If I was, you should feel free to make anything up that you want."

What do you think about the "Mean Girls" star's candid comments? Sound off below and check out the gallery above to see more teen movie stars then and now!