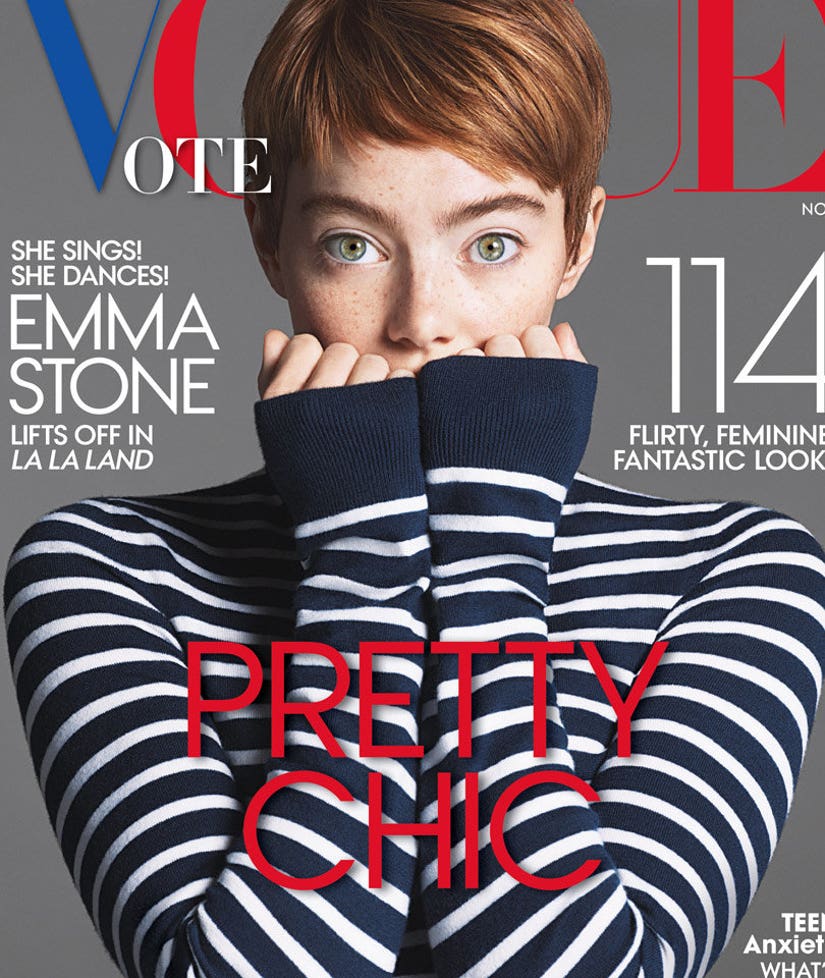 Emma Stone is a woman of many hidden talents.

The "La La Land" actress appears in the latest edition of Vogue's "73 Questions" video series, where she reveals she can do more than just act while giving a tour of her amazing home.

For starters, she does a killer Britney Spears impression.

Yep, the 27-year-old gives us her best rendition of Brit Brit's "Baby One More Time," closing her eyes and raising her voice to a high pitched register. (Let's hope the "Make Me" singer is more impressed with Emma's impression of her than she was with Ariana Grande's…)

The Vogue November cover girl also busts her best dance move for the cameras, but does more than show off her gifts for entertaining in the video.

She also reveals some embarrassing tidbits, like the funniest thing she ever came across about herself on the internet.

"I once read that I looked like a fish inside of a chicken smoking a cigarette," Stone says before sharing a visual of a smoking chicken and calling the resemblance "uncanny."

And even though she's an Oscar-nominated actress, she confesses to being starstruck on more than one occasion.

"Diane Keaton, Lorne Michaels, Tom Hanks—I cried in front of all three of them," she admits.

Still, Stone has a healthy ego, saying she's "pretty f---ing cool" when asked to sum herself up in three words.

Watch her answer all of Vogue's 73 questions in the video (above) to see if you agree!