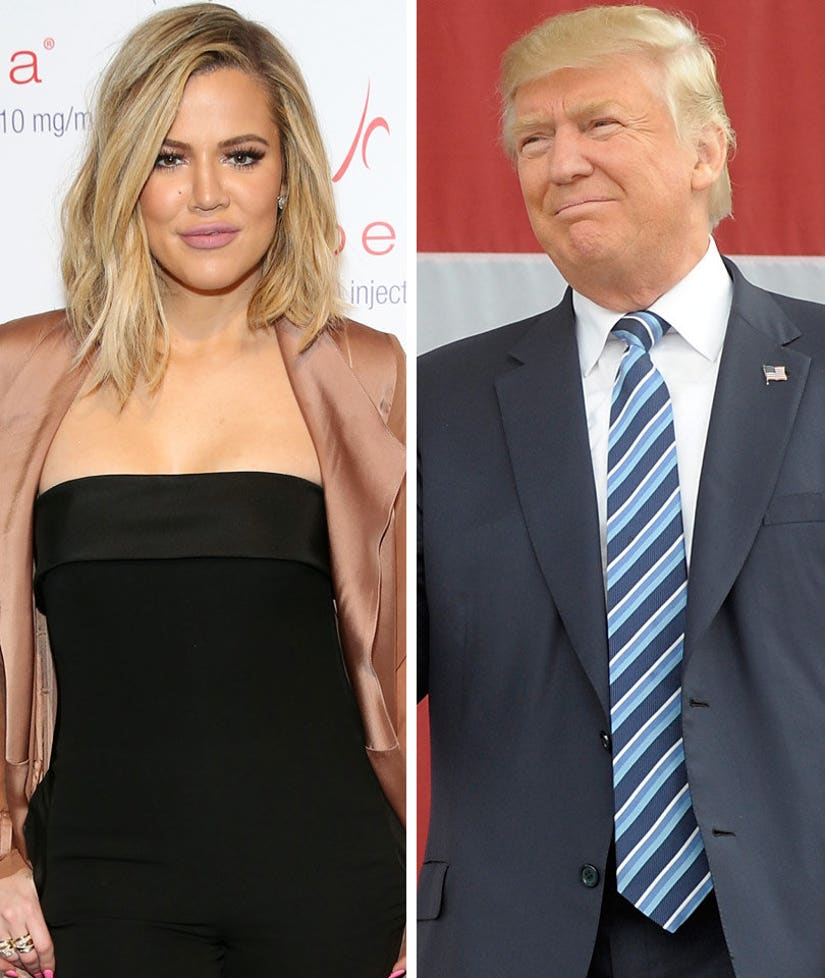 While that may seem like a given, after a new report came out alleging the "Celebrity Apprentice" host of calling the reality star a "fat piglet," she just confirmed the obvious in a new interview with the Los Angeles Times.

"What is this? We can't even get the hot one?" he reportedly said after Khloe was cast on his show back in 2009. "Why don't we fire Khloe? She is a fat piglet. Why did we get the ugly Kardashian?"

"I didn't think he was saying those things about me," she says now, looking back. "But he says those comments about a lot of women — really derogatory things. Someone who is that simplistic to judge things off of surface is not someone I want running my country."

"It's not cool or appropriate for any person, male or female, to judge someone else by their looks," Khloe added. "I find it really cruel. It's wild."

That being said, his words aren't keeping her up at night.

"I'm a tough cookie, so something that he said — that's not gonna bother me. Ninety percent of the time, [criticism] doesn't bother me. I'm not sure why. I think I'm just in my own world," she added. "But I believe that's why [those incidents] happen to me, because I can take it. If that's what it takes to get even just this little group of people to realize how shady and bad and negative that one person is, I can take it."

She added that the she "never really vibed with him from the start."

In a separate interview with EXTRA, Khloe also called his words "immature," before musing, "How am I dragged into everything?!"

She also told Terri Seymour about her new beau, Cleveland Cavaliers forward Tristan Thompson, saying, "I have a great man ... a good man, a good man."