Shia LaBeouf is officially off the market!

The "Furry" star appears on Tuesday's "The Ellen DeGeneres Show," where he shows off his slew of rapper-themed tattoos, opens up about his Las Vegas wedding to longtime girlfriend Mia Goth and dishes on his new movie where he'll play tennis star John McEnroe.

"I like that you're wearing shorts, because I get to see your legs," Ellen says in the sneak peek. "Are those press on tattoos or are they real?" she asks about his inkings.

After confirming his pieces are real, Shia says his many tats are like "landmarks."

"It's love, it's people I love," he confesses, before pointing out his tattoos of Missy Elliott, Biggie Smalls, Tupac, Dr. Dre and Prince. 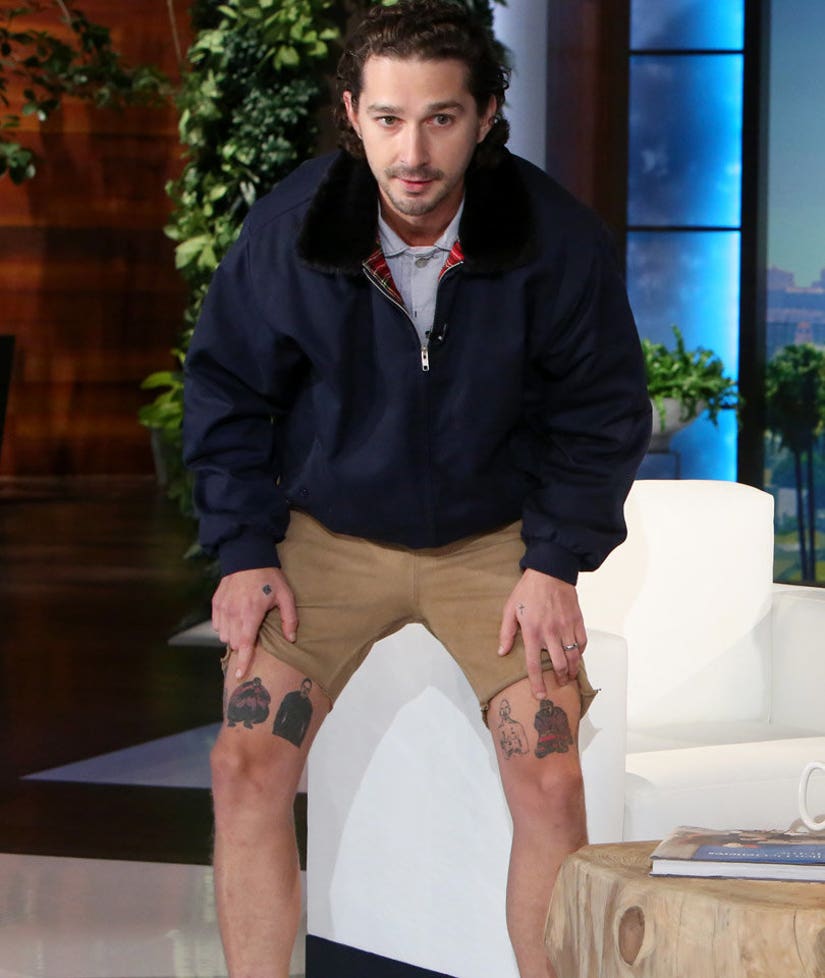 Later on the show, the actor opens up about his Elvis-themed weddings in Las Vegas. "I think you just got married," Ellen says to the 30-year-old. "I did," he confirms. "You say you think, because you thought I was messing around or something," he quips.

"No I didn't ... because I would believe you. I'm very gullible like that," Ellen explains.

Shia says he originally planned for their nuptials to be private, but after upgrading to the "King Tut package," the chapel offered to live stream for free. Nevertheless, they turned it down in hopes of keeping the ceremony low-key.

"I said, ya know we don't really need that as a matter of fact," he reveals. "We'll just take our private tape we got our Mom's there and they said no problem."

Unfortunately, when the actor and his bride returned home, their wedding was all over the internet.

"We get back home and it's like, whoa hey listen, something changed. I call them up and they said somebody pressed the wrong button that sends the video to TMZ. I said, 'I understood.' I checked with my girl and she said, 'Hey what are you gonna do' and ya know it's love. We're proud of it. It was love."

At least the "Even Stevens" alum doesn't seem too upset about the mix up.

What do you think about the actor's candid comments? Sound off below and check out the gallery above to see more child stars then and now!