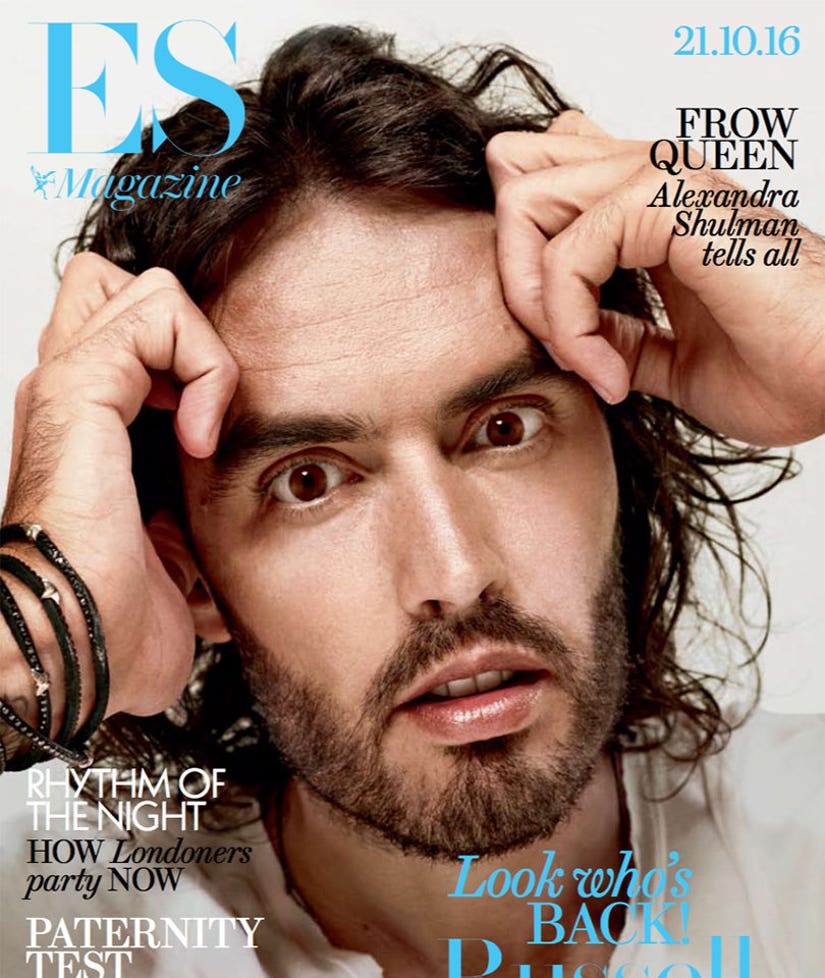 Fatherhood is coming soon for Russell Brand ... and he couldn't be happier!

The British comedian opens up about his fiancé Laura Gallacher's pregnancy in the new issue of ES Magazine, where he gushes over the thought of having a kid.

"I feel lit up by the idea," he tells the mag. "I'm very excited about becoming a dad and I'm preparing myself. I am just getting ready to be with a new little person and see what it is they want."

He says the two haven't found out the gender of their baby-to-be yet, joking, "I may never find out. I may never look!"

Son or daughter, this will be the first child for Brand, who was previously married to Katy Perry.

Now 41, the former wild child says his lifestyle has really changed since settling down outside of London in Henley-on-Thames.

"It is very calm. I look at the chickens, they hatch some eggs. Basically I'm like a village idiot — just looking at livestock," he says of his life on the countryside.

"There is constant conflict between the primal drives: the drive to procreate, the drive to survive, and the drive to have status," he explains. "But I am no longer deluded as to what may provide happiness. I'm so much happier over the course of the day to see one or two people and a few chickens, that's a good way of living."

Can't argue with that!