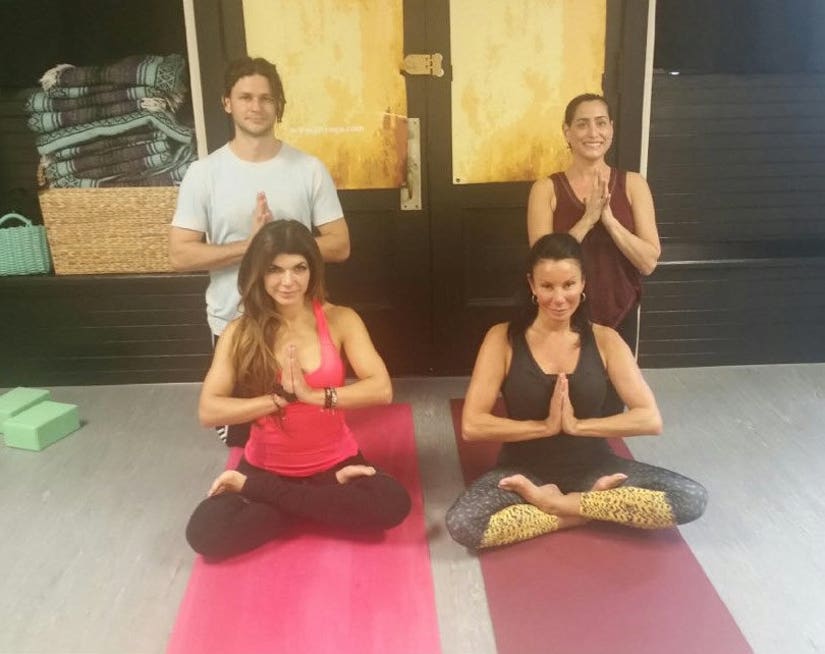 From table flipping freakouts to ... yoga?!

On Wednesday, Teresa Giudice and former "Real Housewives of New Jersey" star Danielle Staub proved they've come a long way since their 2009 feud by spending some time getting zen together in New Jersey.

Bravo fans -- and even Andy Cohen himself -- were shocked when Giudice shared a photo of her and her former frenemy at JZT Dance & Yoga this morning. "Loved catching up & bonding this am with @daniellestaub," Teresa captioned the pic.

Anyone who's watched "RHONJ" since season one knows these two used to be bitter rivals -- with Teresa once calling Danielle a "stupid bitch" and a "prostitution whore" during one of the franchise's most infamous moments.

It seems things have finally cooled down recently though, something which first became apparent last month, when one fan asked Giudice what she'd think if Bravo ever brought Staub back on the show.

Sure, why not. I would love to see @daniellestaub come back to #RHONJ if she wanted to. https://t.co/jFvQH9lMrW

Thank you @Teresa_Giudice❤️ I would love to return to #rhonj it would great to come home to @Bravotv https://t.co/gbRFOYdstS

Danielle's since been tweeting up a storm about a potential return for season 8 ... but, so far, no official word.

It would make for a pretty interesting storyline, right?

Check out the gallery above to see what happened to more "Real Housewives" since the franchise began over 10 years ago.