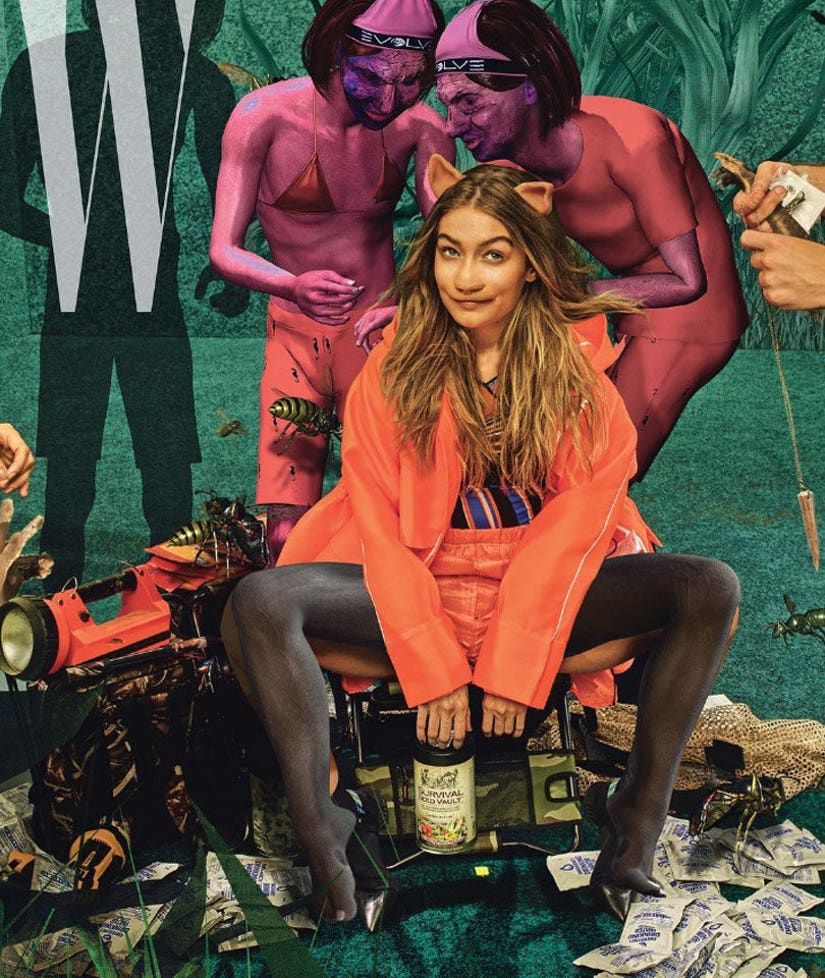 That's because the leggy ladies rock face-altering prosthetics meant to make them look like "humanoid creatures" for the glossy.

Donning fake noses, Kendall transforms into a "bunny-cat" while Gigi becomes a "lion-fox" for the shoot, which puts our Snapchat filters to shame!

The unusual looks came courtesy of artists Lizzie Fitch and Ryan Trecartin, who came up with the concept after asking themselves,"Who would survive if a superior alien humanoid species came to Earth?"--as artists do.

They decided it would be "The Friendliest," and they then went about creating part-human, part-animal versions of Kendall, 20, and Gigi, 21.

"There's a certain power that animals have over us when they respond to us in unexpected, friendly ways," Trecartin told W about the concept. "And it's really them domesticating us almost more than us domesticating them, because they're training us to want them. Training and taming something is not one-sided."

"We created social media, but then it changed us because we interacted with it," he went on. "It transforms us and transforms the next thing that happens just by existing. You can't really avoid being trained."

Kendall and Gigi took a stab at creating art for the magazine as well, recreating famous performance art pieces for the mag in a video (above).

We're filing this as the most bizarre bonding experience for the gal pals!

What do you think of the duo's artsy spread? Sound off in the comments!