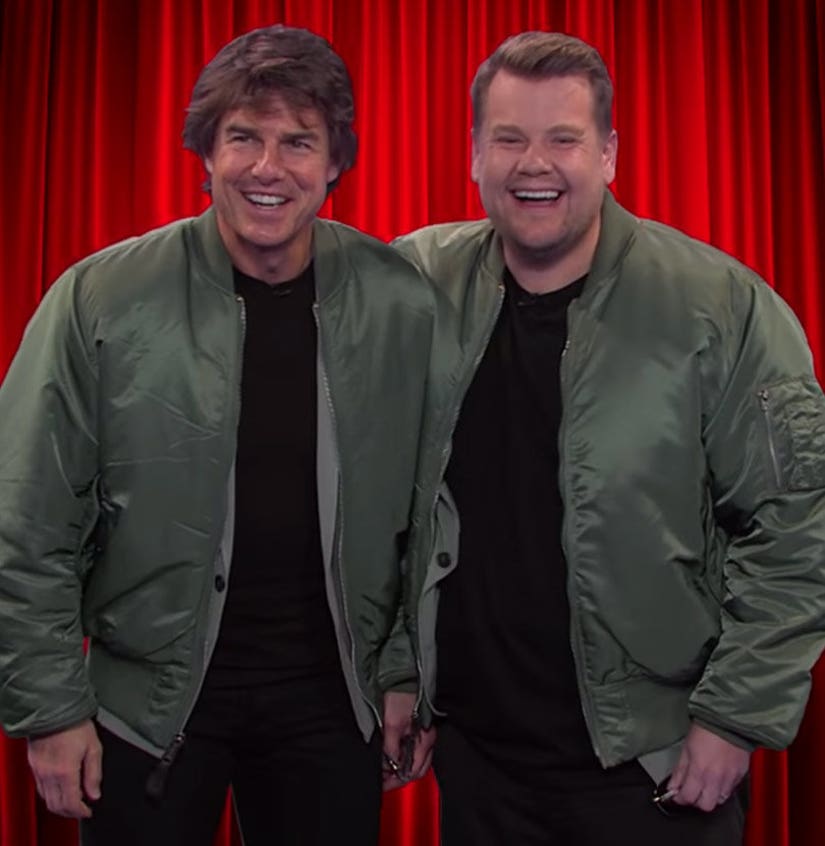 Get ready for the most epic throwback you'll see all day!

Tom Cruise recreated some of his most iconic film roles with the help of James Corden when he stopped by the British host's "The Late Show" on Wednesday.

"This evening's role call will be a celebration of the film career of the one, the only Mr. Tom Cruise," said Corden when introducing the 54-year-old.

And celebrate his career they did, acting out some of the most memorable scenes from Cruise's longstanding career in a nearly 10-minute long clip that saw the pair delivering such classics as the "Show me the money!" scene from "Jerry Maguire" and the "You can't handle the truth" one from "A Few Good Men."

A series of lightning fast wardrobe changes and a few special effects had the duo hovering over the ground when recreating "Mission Impossible" and Corden's disembodied head floating in front of Cruise in the pair's take on "Minority Report."

"I believe he has a fake British accent, the physique of a snowman and zero muscles," Cruise joked about Corden during the latter scene.

Other highlights? The men donned collared shirts and busted out their best dance moves while dancing to "Old Time Rock and Roll" for their "Risky Business" recreation and served up a few drinks when tackling "Cocktail."

Watch the entire video (above) to see what other films Cruise reenacted and to see which of his Oscar-winning costars made a cameo in the bit!