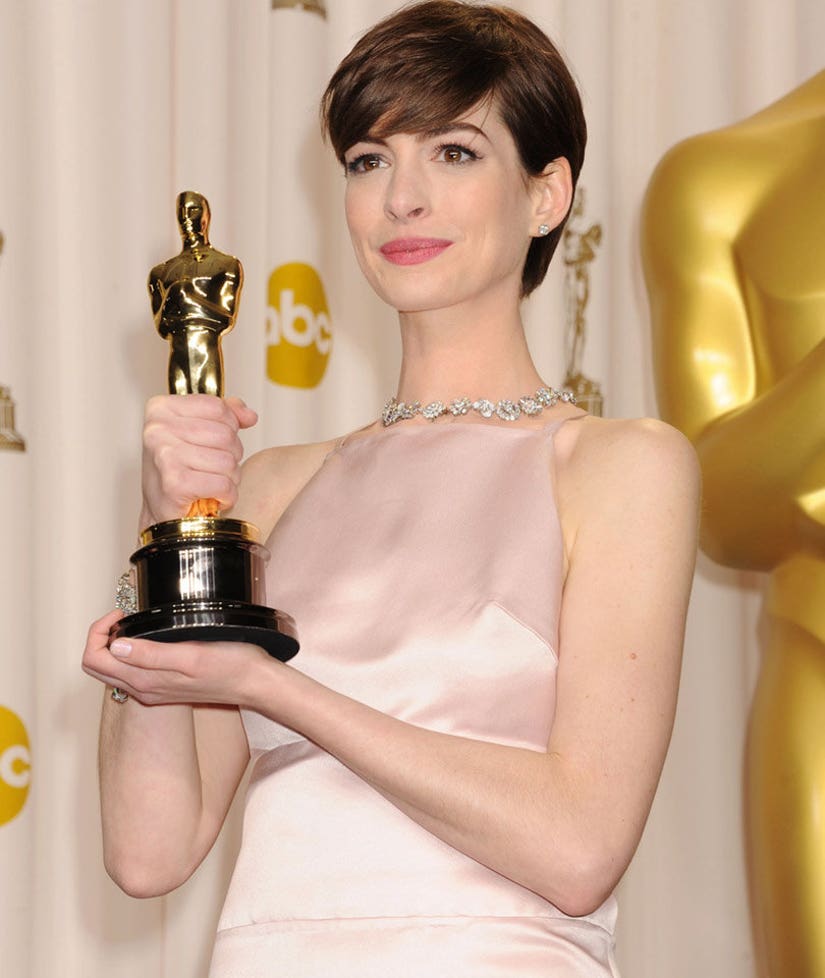 The supposed-to-be happiest moment of Anne Hathaway's career was actually quite painful.

The actress opened up about winning the Oscar in 2013 for her part in "Les Miserables," playing a sex worker named Fantine.

While Hathaway famously exclaimed "It came true!" onstage at the 2013 Academy Awards with her Oscar in-hand, the 33-year-old says she was feigning her happiness.

"I felt very uncomfortable," she told The Guardian about the moment. "I kind of lost my mind doing that movie and it hadn't come back yet."

"Then I had to stand up in front of people and feel something I don't feel which is uncomplicated happiness," she explained.

"It's an obvious thing, you win an Oscar and you're supposed to be happy," the "Love & Other Drugs" star confessed. "I didn't feel that way. I felt wrong that I was standing there in a gown that cost more than some people are going to see in their lifetime, and winning an award for portraying pain that still felt very much a part of our collective experience as human beings."

We're sure the media had something to do with Hathaway's nervousness ... as she was routinely criticized during her Les Mis press tour and throughout award season for some of her questionable comments and speeches.

"I tried to pretend that I was happy and I got called out on it, big time," she said of the flak she received from the public and the media. "That's the truth and that's what happened. It sucks. But what you learn from it is that you only feel like you can die from embarrassment, you don't actually die."

While she's purposefully taken a break from the spotlight, Anne says she's more than content being a mom to her and hubby Adam Shulman's baby boy, Jonathan.

What do you think about the actress' comments? Sound off below and check out the gallery above to see more leading ladies then and now!