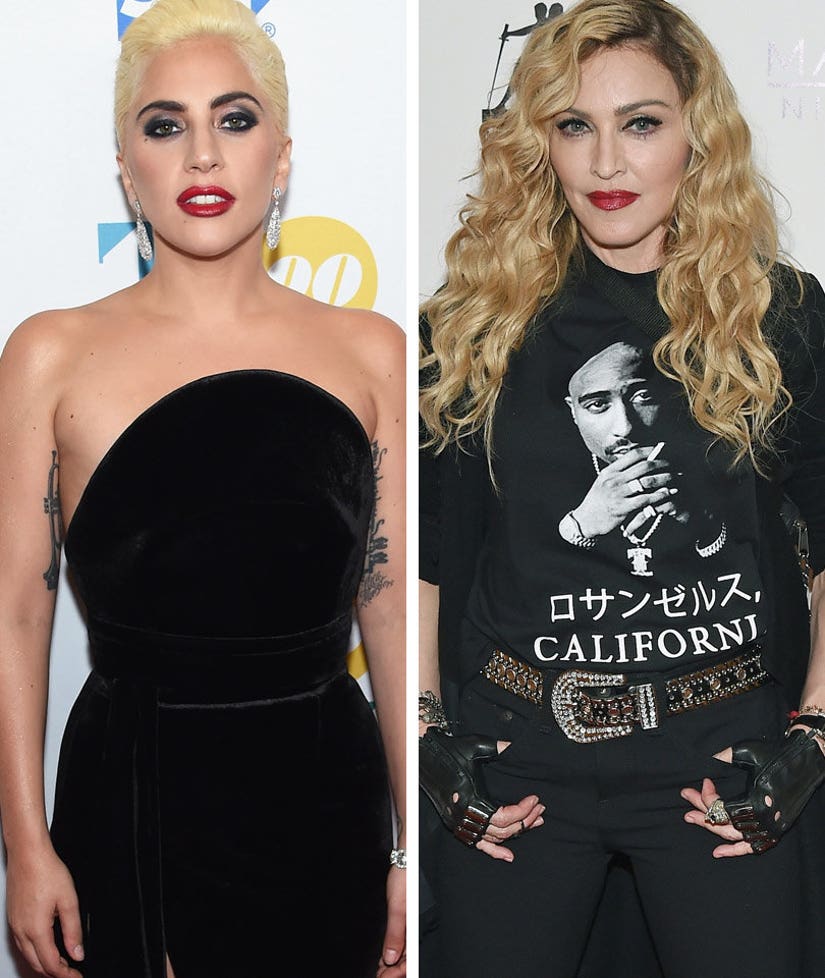 Beats 1 Radio host Zane Lowe made that mistake when he interviewed Mother Monster on Thursday and he got an earful.

"There is another artist who has lived a very parallel existence," he told the singer during their conversation. "Based on this story, which I'm sure you can relate to. You know Madonna tells a very similar story … overprotective father … 'Papa Don't Preach.' You know what I mean."

Gaga did know what Lowe meant, but she totally disagreed with him.

"Madonna and I are very different. We're very different," she told the host. "I wouldn't make that comparison at all and I don't mean to disrespect Madonna, she's a nice lady, and she's had a fantastic huge career, biggest pop star of all time. But I play a lot of instruments. I write all my own music. I spend hours and hours a day in the studio. I'm a producer. I'm a writer. What I do is different."

Ouch? Sounds like a bit of a burn to us, but the "Bad Romance" singer -- who also pointed out that her career is distinct from Madge's because she's "not just rehearsing over and over again to put on a show" -- made sure to clarify her statements.

"I don't mean that in a disrespectful way. I just will not be compared to anyone anymore," she went on to say. "I am who the f--k I am and this is me. My life story is my life story, just like yours is. The thing is we all express things in different ways, but my rebellion at my father for him being angry with me, that has ended. It's like finally I can bite back."

And while the "American Horror Story" actress made it a point to emphasize that she was in no way dissing the Madonna, the Material Girl has been much less diplomatic with her comments about Gaga. When Gaga released "Born This Way," Madge accused her of "blatantly ripp[ing] off" her song "Express Yourself."