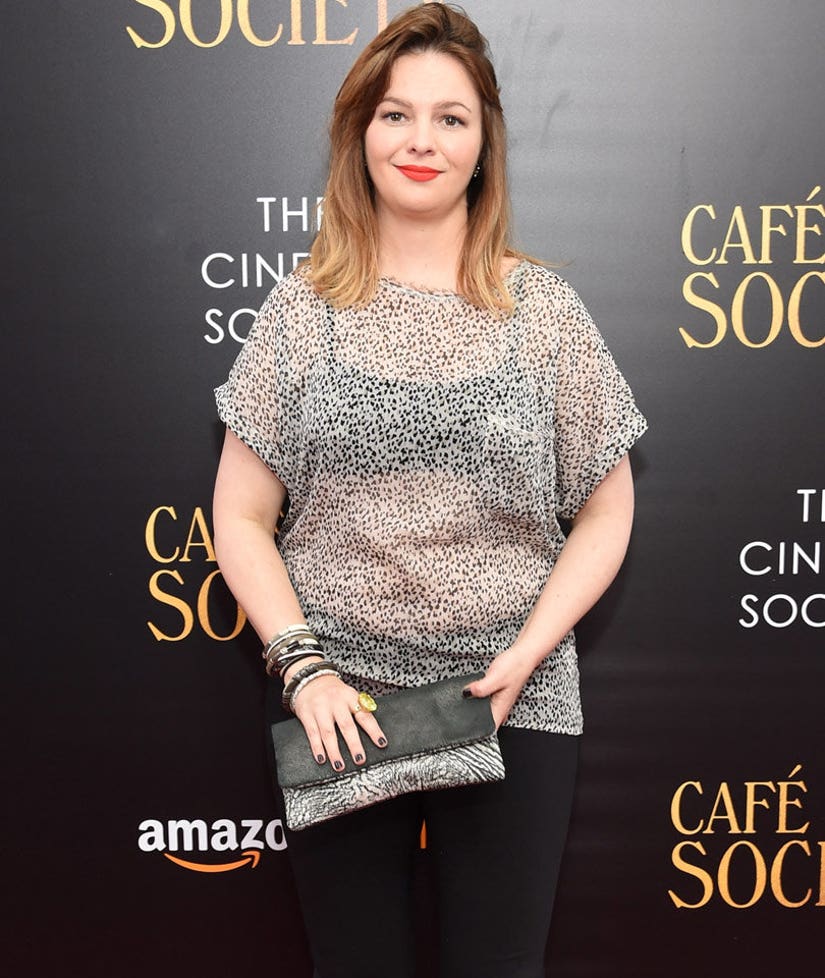 Amber Tamblyn thinks there needs to be a shift.

The "Sisterhood of the Traveling Pants" star gets candid about women and motherhood in a new essay for Glamour, where she says mothers and daughters need to change the ways they talk about women. In the moving piece, she also reveals she's pregnant.

The actress says when she called her mother to tell her about a sexual assault she encountered from an ex-boyfriend, she realized that there's a big problem in the way women talk about these issues.

"Somewhere between Donald Trump calling Hillary Clinton a woman with 'tremendous hate in her heart' and 'a nasty woman,' I found myself making a phone call to my mother I was hoping I could avoid forever," she writes. "A story I shared about an encounter with an ex-boyfriend had gone viral, and I feared she would read about it in the news."

"When I told her, my mother's reaction was unshockingly unshocked. 'You know,' she began, 'I have a story of my own I want to share with you.' Go ahead and fill in the blank of my mother's story. It's easy, isn't it?" she continues.

"On the phone, my mother ended with a second story. She told her mother what had happened to her, and I'll bet you can fill in this blank, too. My grandmother's response to my mother was, 'Boys will be boys. You just have to be really careful around them,'" she explains. "This is what has passed for wisdom, what's been handed down between women for generations."

It's this kind of rhetoric that Amber wants to see shifted so that women can begin to take control of their own lives.

"It continues today. It encourages women to take a backseat in their own lives, telling them it's okay: men know how to drive and know what they're doing. It tells us to shush, to not make a fuss, to accept the world as it was built for us. It tells us we shouldn't ask for more than what we are given, from dollar bills to the Bill of Rights. Boys will be boys and girls will be, what? Quiet. Hungry. Subservient. Game," she reveals.

The 33-year-old says she's been really thinking about motherhood these days, because she's about to be one! Amber says she's expecting a baby girl with husband David Cross.

"Motherhood has been heavily on my mind because I am going to be a mother soon," she confesses. "I'm pregnant, with a daughter on the way. I think constantly about the world I am bringing her into."

"Will I get a phone call from my daughter someday, one she never wanted to make? Will I have to share with her my story, and the story of her great-grandmother's words to her grandmother? Is it possible to protect her from inheriting this pain? How much do I have to do, as a daughter and a soon-to-be mother, to change not just the conversation about how women are seen, but the language with which conversations are spoken in?" she muses.

For reasons stated above, Tamblyn is looking forward to hopefully having our first woman President.

"Hillary Clinton is a mom. She's also a daughter. She's also a grandmother. I have wondered what kind of conversations she's had to have with her daughter about men, or what conversations Hillary's mother had to have with her about boys? When people tell me they dislike Hillary not because she's a woman but because of her record alone, I think, 'How can you be sure?' I don't think anyone can be. The disdain for Hillary Clinton can never be about her record alone. Powerful women don't get to exist outside of context," she declares. "To discount all the good she's done in her 30 years of public service and pay attention to the bad is, at best, severely myopic. At worst, it erases the struggles and achievements of all women. If we are not allowed to be complex, compromising, wholly human—as human as men—then we are all disqualified."

What do you think about the actress' comments? sound off below and check out the gallery above to see more expecting stars!