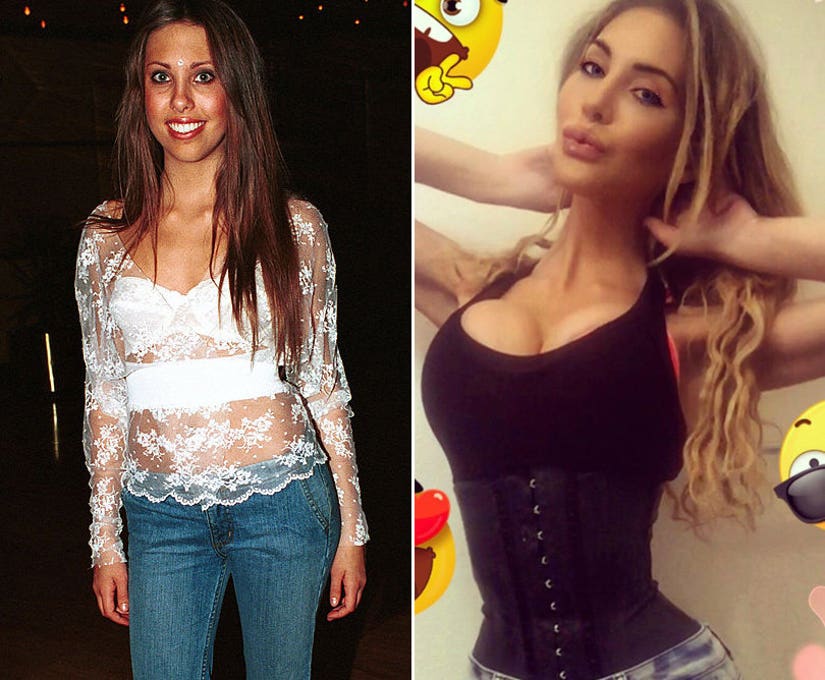 Olivia Newton-John's daughter, Chloe Lattanzi, is speaking out about how her troubled past affected her appearance.

The "Grease" star's 30-year-old daughter has gone through quite the transformation in the public eye, going from brunette teen to blonde bombshell over the past 15 years -- and routinely makes headlines over her buxom looks.

In a new interview with "The Doctors," airing today, Lattanzi reflects on why she became obsessed with her looks at a young age, how she overcame eating disorders and depression and gets real about some of the cosmetic procedures she's had done.

"I've been in the spotlight my whole life. After my parents divorce I went through this chubby phase, I ate to comfort myself. I would see comments in magazines about how I was chubby," she explains. "At 16 I started to restrict food, exercise more, I got thin over the summer and I was popular and everyone liked me. I started to take it further and further. That's when my weight plummeted to a place where people were like, whoa, something's not right here."

She explains that her life "went out of control" around that time, as she battled not only anorexia, but also OCD and depression.

"I had my lips plumped up, I thought it would make me more acceptable looking. I looked ridiculous," she continues. "I got into using drugs and alcohol. I would read in the tabloids I was this alcoholic, crazy disappointment. It really hurt and hit hard. That's when I was at my lowest."

Lattanzi says that's when she met "the love of my life," fiance James Driskill, saying "He was the one I wouldn't be anything but myself with."

"I still have my battles today, when I read these things about having big breasts, not being thin enough, its like you can't win no matter what," she says, sidestepping rumors she's gotten implants.

In a sit-down with Travis Stork and Andrew Ordon, Chloe says she's in a much better headspace these days.

"I'm really happy. I'm stable and I'm in a loving relationship and I'm productive," she tells them, adding that she's currently modeling and plans to release new music.

"There's rumors that I've had work done, like plastic surgery on my face, I really haven't," she continues. "When I was at the height of my body dysmorphia, I had a whole bunch of fillers put in, so I've had all that removed from my face because I like the way I look naturally. This is my face naturally."

"I look back at myself as a teenager and I'm like, what a beautiful young woman, what was I thinking? Why was I so insecure? I think there's so many young girls are going through body dysmorphia," Lattanzi adds. "We're constantly told how we're supposed to look via Instagram, filters, there's constant pressure for us to look perfect."