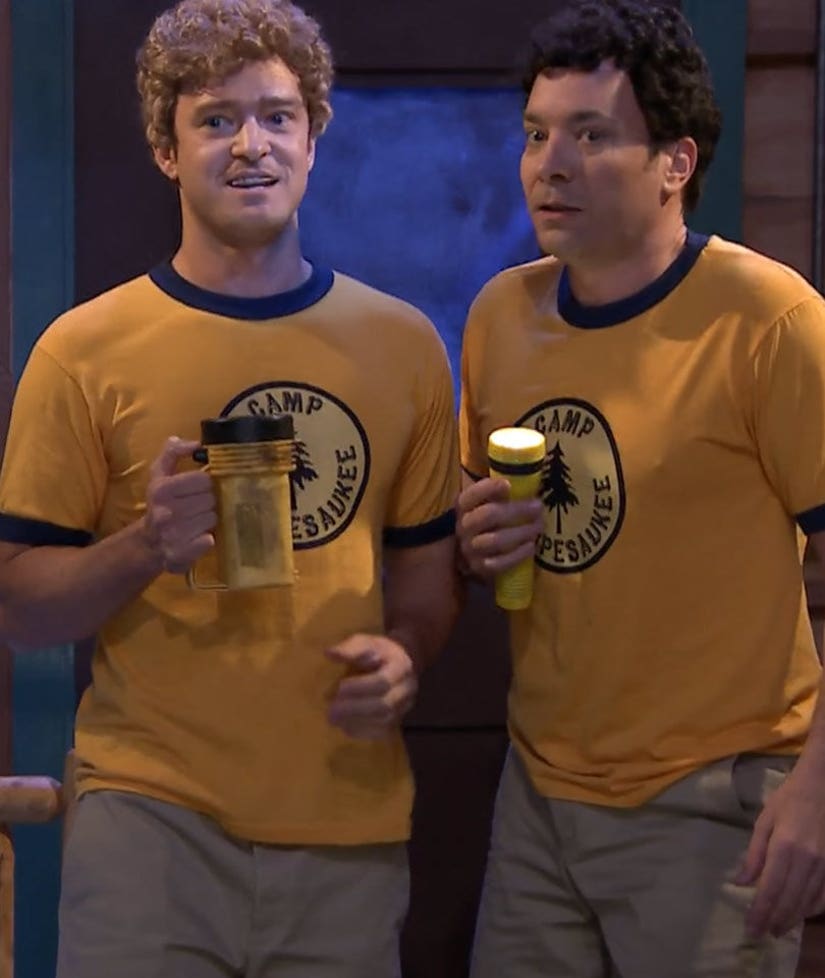 Justin Timberlake and Jimmy Fallon reprised their "Camp Winnipesaukee" sketch on Wednesday's episode of "The Tonight Show," which saw them as teenagers at summer camp in 1996.

The former *NSYNC star looked like his old self with a crazy curly wig, adding to his teen aesthetic with some brutal braces. Fallon rocked curls as well as they threw it back to the '90s.

In the clip, the duo muse about why they're in summer camp in the middle of October ... and tease their Halloween costumes. FYI: Justin says he's going as Blossom.

But it's when the two break into song, rocking out to Alanis Morissette's "Ironic," where the skit really gets entertaining.

Try as he might, Timberlake just can't keep a straight face throughout the video, constantly breaking character to laugh into his pillow. Fallon doesn't fare much better, though there's no surprise there, right?

This isn't the first time the two have made a visit to summer camp, as they did similar sketches back in 2013 and 2014. Check out the other videos below -- which is your favorite?