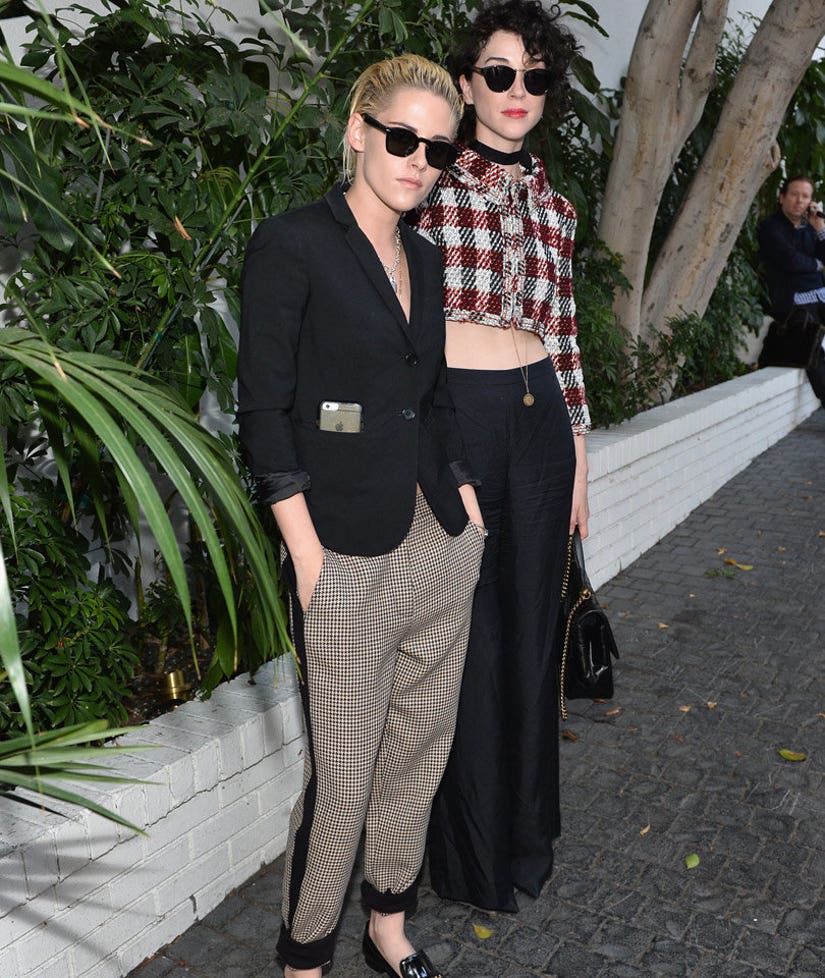 After weeks of dating rumors, Kristen Stewart and St. Vincent may have just made it official.

The two appeared to have made their couple debut on Wednesday at the CFDA/Vogue Fashion Fund Show in Los Angeles. So far, neither of them have commented on their dating status, but showed up side-by-side on the arrivals line at the event and while seated during the runway show.

Stewart, 26, and Clark, 34, were first seen together in early October, when Kristen brought the singer to a screening of her latest film, "Certain Women."

The new couple alert comes after the actress' split from sometimes girlfriend Alicia Cargile. Clarke also recently got out of a relationship with Cara Delevingne.

"Right now I'm just really in love with my girlfriend," Stewart said of Cargille in an Elle UK interview published in September. "We've broken up a couple of times and gotten back together, and this time I was like, 'Finally, I can feel again.'"

"When I was dating a guy I was hiding everything that I did because everything personal felt like it was immediately trivialized, so I didn't like it," she added of her dating history with Robert Pattinson. "We were turned into these characters and placed into this ridiculous comic book, and I was like, 'That's mine. You're making my relationship something that it's not.' I didn't like that. But then it changed when I started dating a girl. I was like, 'Actually, to hide this provides the implication that I'm not down with it or I'm ashamed of it, so I had to alter how I approached being in public. It opened my life up and I'm so much happier.'

"I'm not ashamed, and I'm not confused," she added of her sexuality in Elle earlier this month. "Things have changed. And not just with me -- we're really allowed to encourage this new acceptance to develop and be awesome."