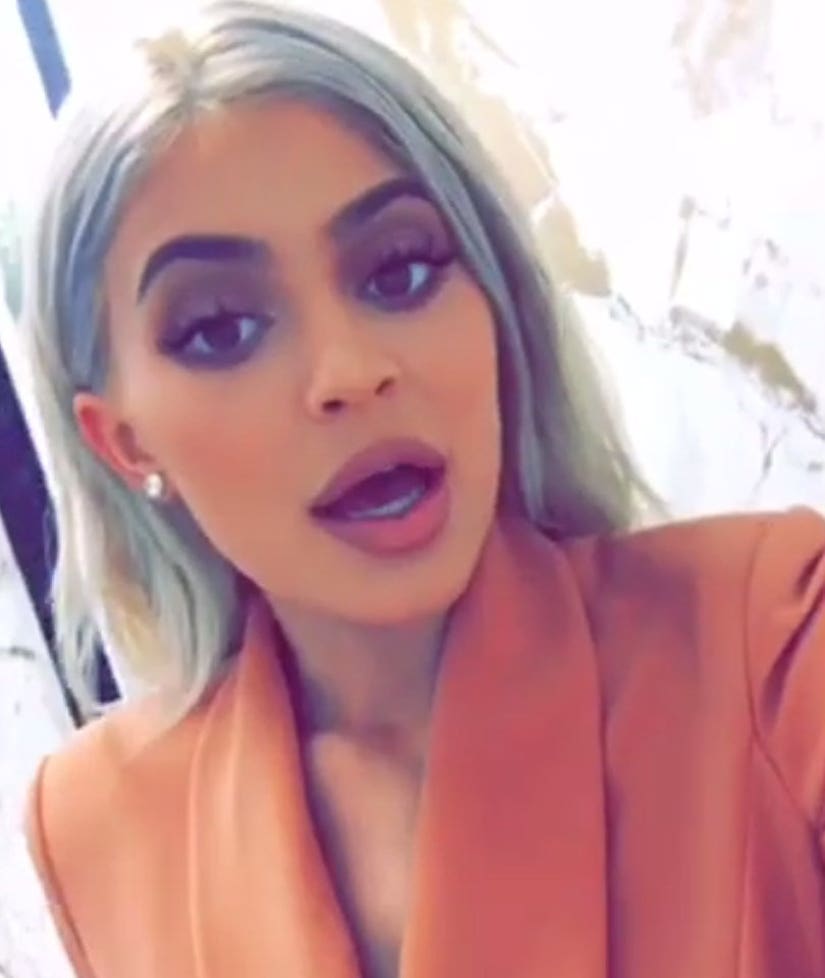 Kylie Jenner has a warning for fans of her lip kits via the social media site.

The "Keeping Up with the Kardashians" star skipped her usual selfie shots in favor of a series of serious messages via Snapchat that saw her cautioning consumers about "dangerous" knockoffs of her wildly popular cosmetics line.

"So, I've come across this website called kyliecosmeticsoutlet.com," the 19-year-old says in the first clip. "It looks exactly like mine, but it's not."

"And the ingredients they're using in these fake products are also really, really dangerous, which is my biggest concern," she went on to say.

Indeed, purchasers of the fake kits have reached out to the makeup maven on Twitter letting her know just what goes into the imitation kits.

"@KylieJenner I got a koko k and they contain glue! And I noticed when I put it on, it started burning! It smelled just like yours send help!" one distressed fan wrote Kylie on Tuesday.

Kylie replied by saying she was "so sorry" and advising the follower to only visit her official site.

"I feel responsible to give you guys a warning because there's people out there that are trying to steal your money, and I just want you guys to have the very best," she said in another Snapchat clip.

"And it's fake, and dangerous, and it's the same price, so I don't really see the point," she added.

Another clip saw the young entrepreneur stunned that the knockoff website featured products that weren't even a part of her line.

"Like, you guys, powdered foundation? Nooooo, what is this?!" a clearly disgusted Kylie asks. "Not mine! Ewww ... And you guys, we really got into the ingredients, and they're so bad for you."