Get out the tissues!

Shay Mitchell took to YouTube to share a teary-eyed video as she bid farewell to "Pretty Little Liars," which wrapped it's seventh (and final) season this week.

"The Pretty Little Liars series finale has officially wrapped forever. Please excuse my crying because this was a very emotional moment for me," she captioned the video. "I wanted to be able to share this moment with all of you, who have helped me get to where I am today. I am so thankful for all of the support that you guys have given me the past 7 years, and I am excited to continue this journey with all of you."

The emotional clip opens with Mitchell and the rest of the "PLL" cast cheering after filming the final episode. The video then cuts to Shay reading a statement from her phone, tears streaming down her face.

"Sad, anxious, excited, terrified, inspired, gratified, nervous, unsure, proud, upset, accomplished, relieved, devastated, lucky: I didn't know it was possible to feel so much at once, yet I sit here with all my feelings," she says. "It feels like the last day of school with just an extra bit of emptiness."

"Our show ending is such a weird, unique thing that I have only experienced from where you all are sitting: the viewer's side," she continues. "I remember shows I watched growing up ending and all that came along with a series finale, yet where I am seated now is so different. I don't know what my life would've looked like without 'Pretty Little Liars.'" 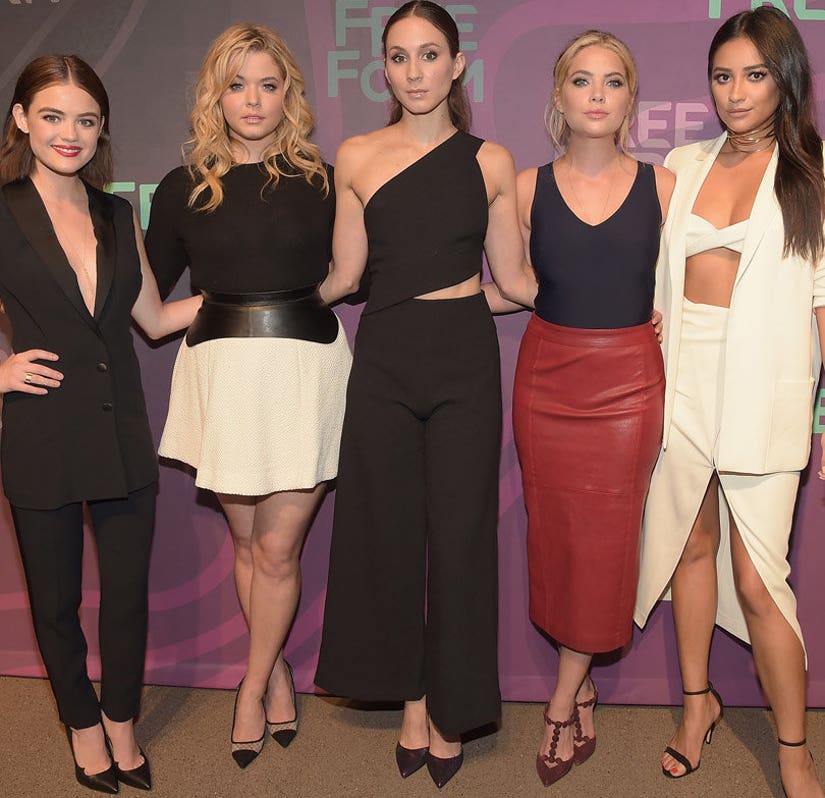 Though the 29-year-old, rightfully so, has mixed feelings about the show ending, she does end the emotional clip on a more positive note.

"I'd like to think that somewhere in an alternate Rosewood universe, that these five women will always remain a constant in each others' lives, just as I hope we all do in our own reality," she concludes.

You can catch the last few episodes of "Pretty Little Liars" on Freeform in April 2017.

"A #PLLWedding for one of the Liars is also in store for the latter half of the season," the release adds.

The two-hour finale will be followed by a one-hour tell-all with the series' five main stars and showrunner I. Marlene King.