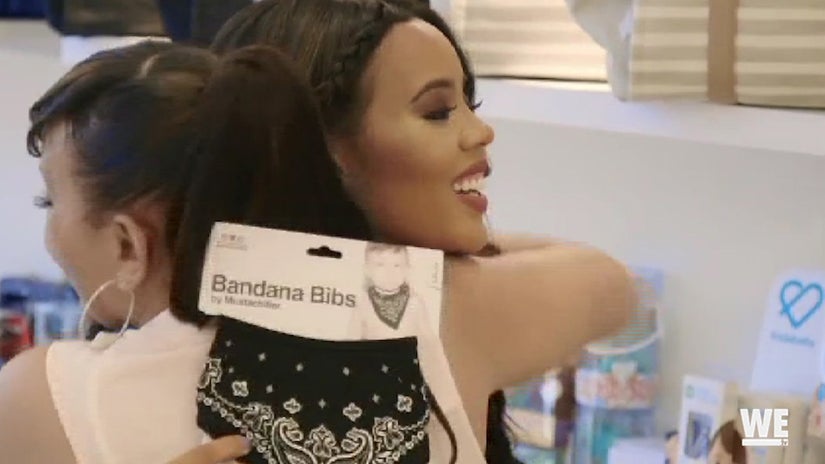 In an exclusive clip from tonight's "Growing Up Hip Hop," we get a look at the moment Angela Simmons revealed the gender of her then-unborn baby to her mother for the first time.

The verdict, after much curious banter between Angela and her mom, Valerie Vaughn? A boy! Watch the clip above to see Val press her daughter for the deets.

Of course, we know this now, as Simmons and fiancé welcomed son Sutton Tennyson back in September.

On last week's episode, Angela revealed that she was pregnant to her group of friends and sister Vanessa for the first time, adding that she got knocked up when she lost her virginity.

"What are the odds? First time, boom, you're pregnant," she said to her sis. Vanessa reacted with shock and asked, "First time?!"

"People are concerned about me being a virgin. I'm not a virgin anymore, obviously," Angela confessed. "I met the man that I want o be with forever and something happened. It didn't happen how I thought it would happen and that's just how it is."

Though Vanessa expressed shock, Angela remained adamant that she'd never had sex with another man prior to her relationship with Tennyson.

Angela shared a snap of her baby boy back in September on Instagram, and said, "The best part of life has just begun #motherhood #ImSoInLove."

"Growing Up Hip Hop" airs tonight at 9pm on WE tv.