Bruno Mars gave fans a killer '80s-inspired rendition of Adele's hit single "All I Ask" for the BBC Live Lounge on Wednesday.

In the video, Mars belts the lyrics to the British beauty's breakup ballad alongside two backup singers. The group's lit with blue and red lights, making his throwback take even more legit.

Mars -- who recently opened up about working with Adele during an interview with Rolling Stone magazine -- co-wrote this song with the "Hello" singer.

But the pop stars didn't see eye-to-eye on every lyric. Mars wasn't a fan of Adele's line, "Take me by the hand while we do what lovers do." 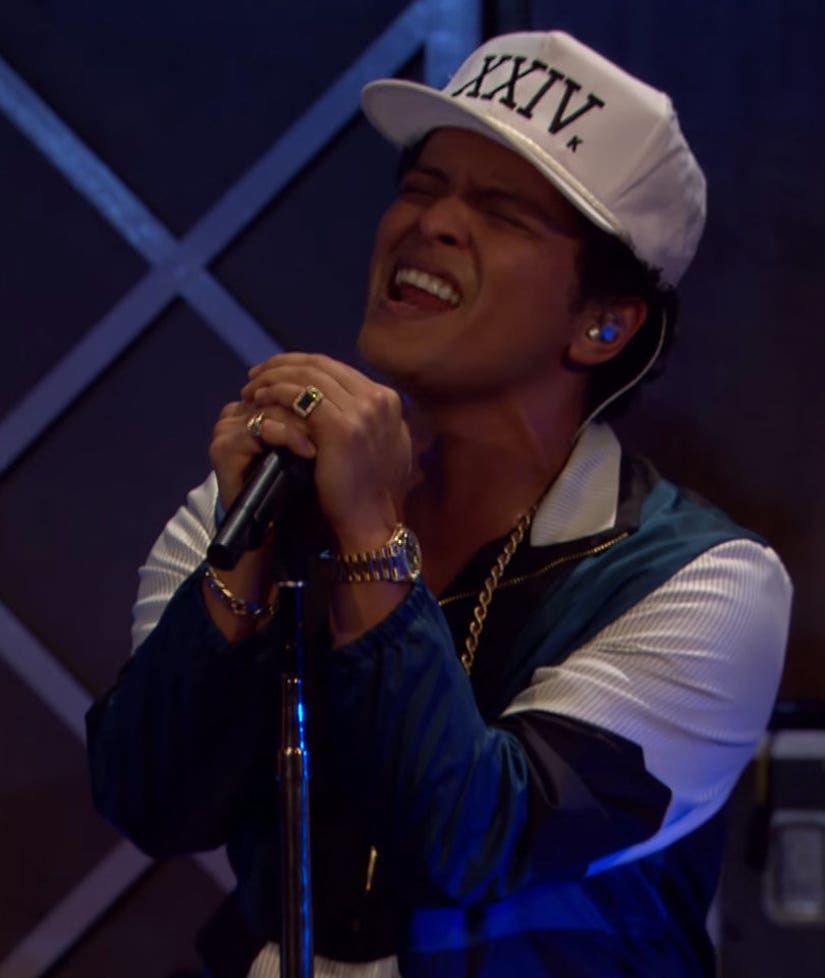 "We were aiming for that big, diva, ballad thing – that's what I envisioned," Mars told the mag. "But 'lovers'? I don't know if anybody really says 'lovers.' 'Yeah, we're lovers.' 'This is my lover.' I was like, 'Should we rethink that?'"

"But [Adele] was so gangster about it," he said. "She was like, 'Nope. That's what it has to be.' And she was right. It's this grand word that makes the song bigger because no one says it. Because nobody talks like that, it pops out. It's not 'what boyfriends-and-girlfriends do' – it's this over-the-top 'lovers.' Sometimes I play it on the piano, and I look forward to singing that part. It's f---ing perfect."

What do you think of Mars' version of "All I Ask"? Sound off below and check out the gallery above to see more pop stars then and now!