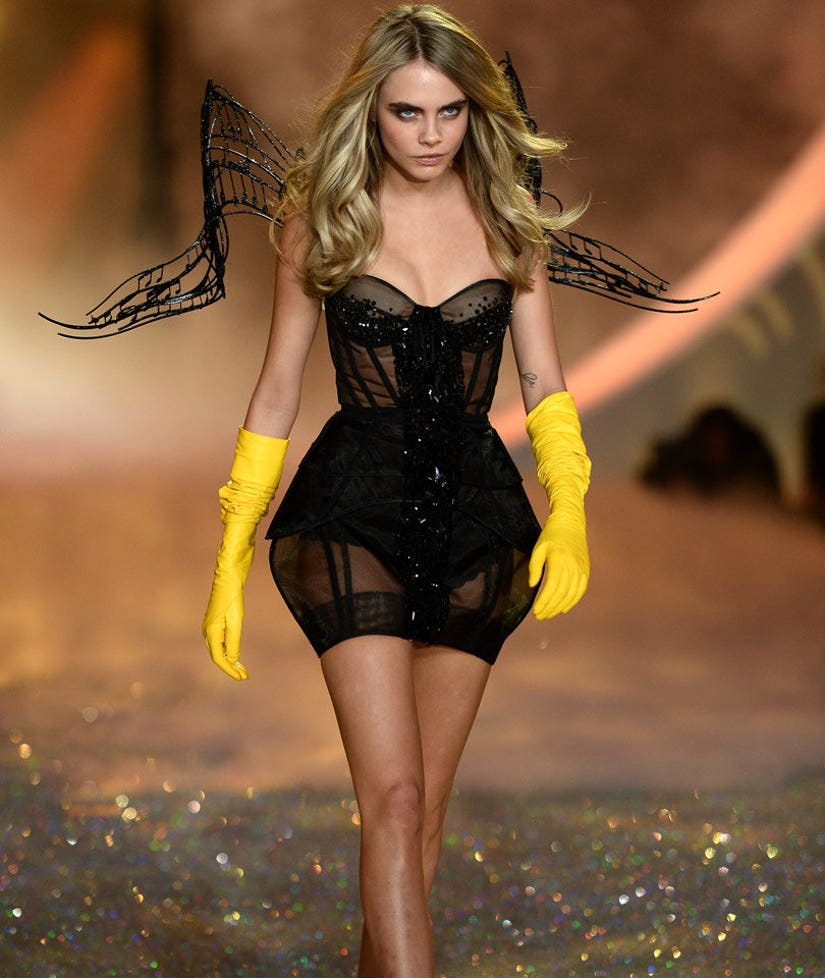 Cara Delevingne is shaming the tabloids!

In an Instagram post on Friday, the model-turned-actress called out British tabloid newspaper The Sun over its claim that she was denied a spot on the Victoria's Secret Fashion Show because she was deemed "too bloated" during a casting.

"It's shameless to discuss women's bodies just to sell papers #bloated [heart emoji]@victoriassecret," the 24-year-old wrote, alongside a letter from the lingerie brand's chief marketing officer Ed Razick in which he also shot down The Sun's reports.

In the letter, Razek points out that the newspaper's story is "complete fabrication" and goes on to assure the Brit babe that Victoria's Secret made "every effort" to have her participate in the show.

"As a matter of fact, you were the first person invited, months ahead of anyone else," he wrote.

But what about that casting in which the brand knocked Delevingne's looks?

"The alleged casting where supposedly disparaging remarks were made never happened," he continued. "There was NO casting. You had already been enthusiastically confirmed."

The CMO then went on to reveal the real reason the "Suicide Squad" star had to sit the most recent show out: filming schedule conflicts.

In a final move to undo the damage the tabloid may have done, Reznick enthusiastically complimented the former Angel, before asking her (once again without a casting) to walk in this year's show.

"You have always made the show better, as you do anything and everything you're involved in," he gushed. "So allow me to extend the invitation once again."

Delevigne walked the Victoria's Secret Fashion catwalk in 2012 and 2013. If she works the runway this year, she'll join gal pals Kendall Jenner and Gigi and Bella Hadid.

The show will air December 5 on CBS.