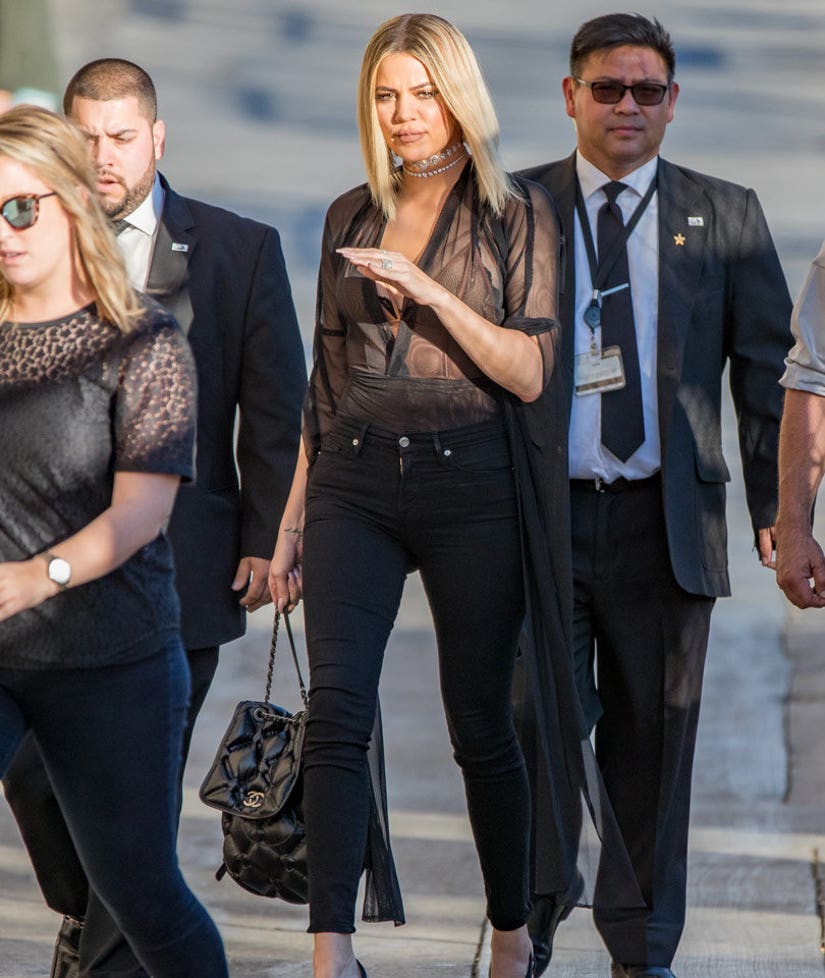 Khloe Kardashian revealed that Kendall Jenner was so drunk at her 21st birthday party, she'd forgotten that she'd been given a Rolls Royce to commemorate the special day.

"We go outside and there's a guy with a Rolls Royce," she explained on Thursday's "Jimmy Kimmel Live!" "We're like, 'What's the gift, the guy or the Rolls?'"

"And then the guy just hands her the keys to this car," Khloe continued. "We don't know who this guy is, he's some prince."

Khloe thought it was a joke, and compared it to her own 21st birthday — where she said she received dinner and a purse. Womp, womp!

When the hangover ended the next morning, Khloe told Kimmel that the Victoria's Secret model had all but forgotten about the extravagant gift.

Kendall said, "Oh my God, I forgot I got a car!" as Khloe laughed. "That's how drunk she was [the night before]," she explained.

The conversation turned to seedier things, when Kimmel made Khloe explain the complicated family tree that now includes Blac Chyna, engaged to brother Rob, who is the mother of Kylie Jenner's boyfriend's son.

"Aren't you not supposed to mix the gene pool like this?" Kimmel asked. "Doesn't this result n Deliverance-type situations?"

Khloe revealed that when she found out that Chyna was pregnant with her brother's baby, she didn't take it seriously.

"At first, I was laughing it off," she said. "But now I'm beginning to think she's really serious, [she's] really … having the baby."

"Like, should I be preparing for this?" Khloe joked.

She continued on a sweeter note, and said that though Rob is nervous, he's going to be "great with the baby."

Khloe also talked about her "under the radar" romance with Cavaliers basketball player, Tristan Thompson, and said that she enjoyed being in Cleveland, since there was much less drama involved than being spotted out in Hollywood together.

Later on, Kimmel's sidekick, Guillermo, modeled a pair of Khloe's new jeans from her Good American line, and Khlo was definitely impressed.

"Your ass looks great," she said. "There's no moose knuckle. I don't know if that's any good."

She moved on and talked about her inspiration behind the hit denim line, and said, "I really [hated] when people would have to go to plus-sizing. I don't really believe in that term," she continued.

"I used to be shamed. 'Denim-shamed' when I was a little bigger," she explained. "When I went shopping with my sisters, I always had to shop in a different department, and that was really embarrassing."