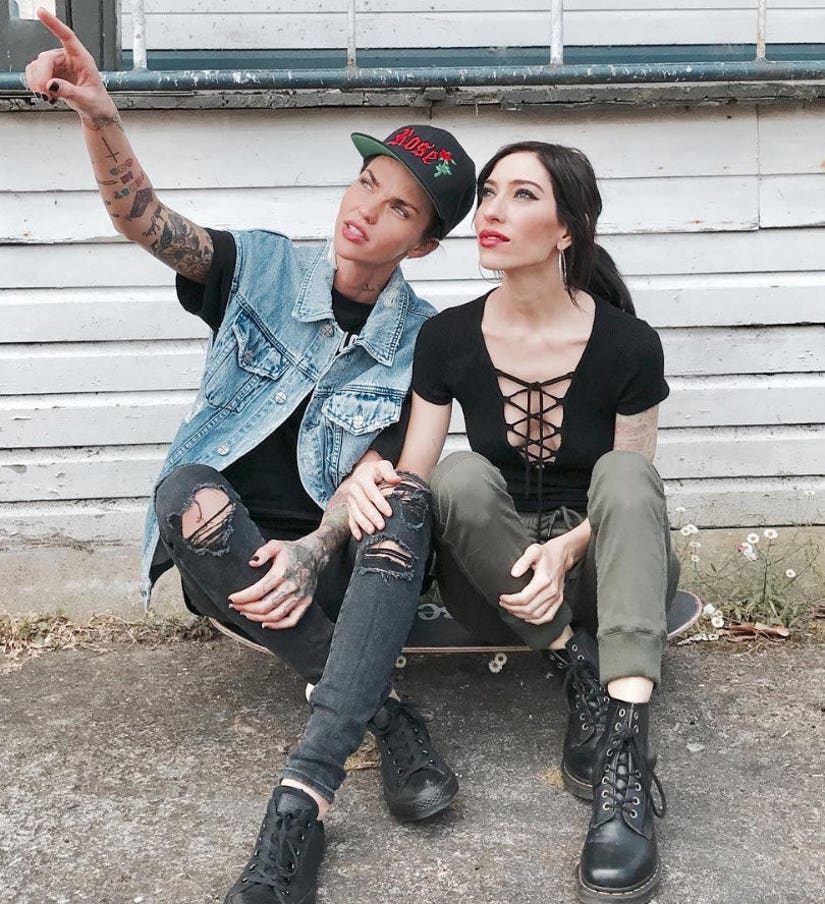 Ruby Rose and The Veronicas' Jess Origliasso are back together.

The pair sparked rumors that they had rekindled their romance after each took to Instagram to share shots of themselves cozying up to one another.

Both posted the same pic featuring the pair linking arms and looking off into the distance, as well as a shot of the pair sitting on the back hood of a car, once again with their arms wrapped around one another.

And while a picture may paint a thousand words, Origliasso took the time to verbally confirm what many fans already suspected when she stopped by the Australia's Nova FM's Kent "Smallzy" Small's show on Monday. The former couple, she revealed, are indeed back together, having fallen back in love while filming the music video for The Veronicas' "On Your Side."

"It's me. Me and Ruby Rose. And it is our love story in this video," Origliasso said. "It's about the dynamic, the highs and the lows of people in love, in a relationship."

The pair were romantically tied to one another in a rumored on-again, off-again relationship back in 2008.

"We have been friends for eight years. A really long time and it was just honestly the craziest thing," Jess said of the fact that the two are revisiting their romantic roots. "We just reconnected over doing this video, she wrote and directed it, and is in it with us and we just sort of fell in love."

This time around, Origliasso reveals the twosome will be a bit more wary of how much of their relationship they should share with the public.

"When we first got together way, way back, it was hard to know how much to share," the musician, 31, confessed. "Now we are quite protective of what we have, so obviously being able to be open enough but keeping a lot of it for ourselves is something that we're very conscious of and I think it just depends on the people what you're willing to share."

In the meantime, the musician can't believe the serendipity behind her rekindled romance with the "Orange is the New Black" star.

"I don't know, it's just a crazy thing when you care about someone for so long and then you have the chance to be able to reconnect, and we've grown up a lot, we met very early on and we were very different people," she mused.

"On Your Side" is scheduled for release later this week. We can't wait to see it now!