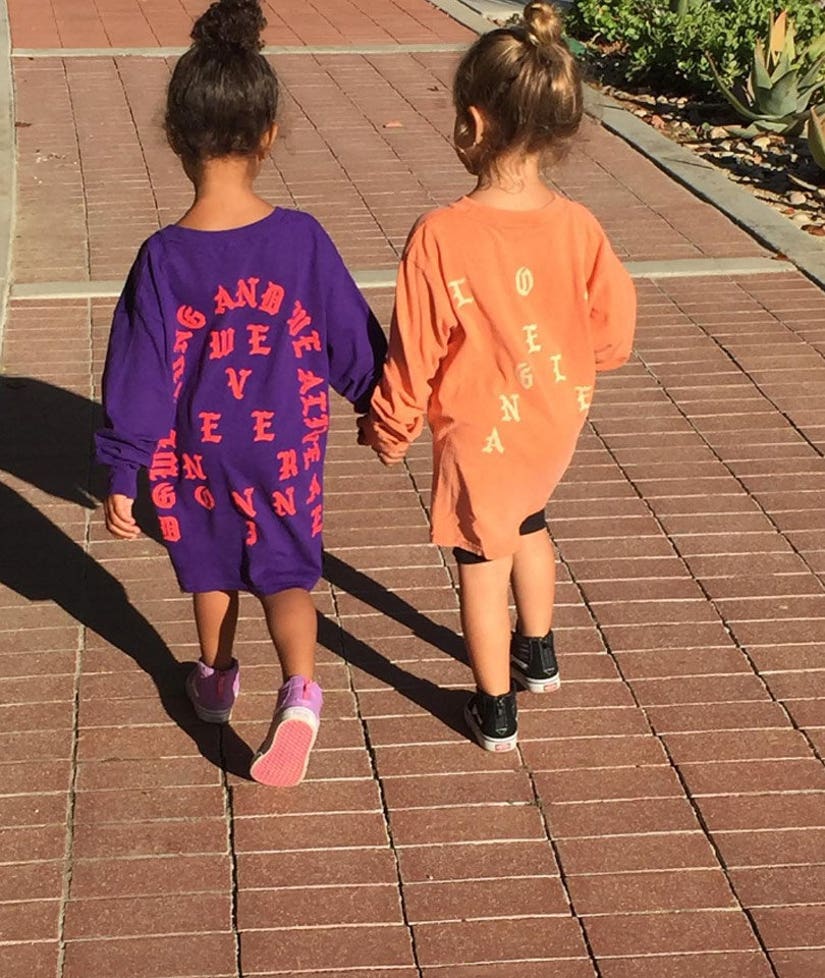 The mother of three took to Instagram to show her support for the Democratic presidential nominee with an adorable shot of her four-year-old daughter Penelope holding hands with her 3-year-old cousin North.

"For our future, I'm with her," the 37-year-old captioned the shot of the cousins, who sport oversized long-sleeved tees (from Kanye West's Saint Pablo tour, naturally) and matching top buns.

It was a sentiment echoed by her sister Kim Kardashian earlier this year when she emphatically threw her support behind Clinton in a post on her blog. "I believe Hillary will best represent our country and is the most qualified for the job,” the mother of two wrote. "This year, I'm not just voting for myself, but also for my children, and I took that into careful consideration when I made my decision."

Kris Jenner also posted a pic today of both herself and Kendall Jenner rocking Rosie the Riveter outfits, with the hashtag #WeAreWithHer.

Kylie Jenner also showed her support for Clinton later in the day on Tuesday, taking to Snapchat to show herself trying out the VOTE filter. She captioned the shot "HER."

But the Kardashians aren't the only celebs who are taking their little ones into consideration when casting their ballots.

Like Kourtney, Sarah Michelle Gellar aired her thoughts on this election and what it will mean for her children—specifically, her 7-year-old daughter Charlotte.

"Yes #I'mWithHer. I realize she may not be everyone's ideal candidate but without question she is the most qualified person to run our country,” she captioned a shot of her hand decorated with an “I Voted” sticker. “I have a young daughter, and I want her to know that she can do and be anything. In fact that was the entire point of creating this nation. No matter race or gender or sexual orientation, you should be able to accomplish anything, regardless of what you look like.”

"I want my daughter to watch a woman get sworn in as president, so as she grows up that will be her normal," she continued in her lengthy post. "I've worked my entire life with that glass ceiling over my head and now it's time to shatter that."

See more stars who've already cast their votes in the gallery above!