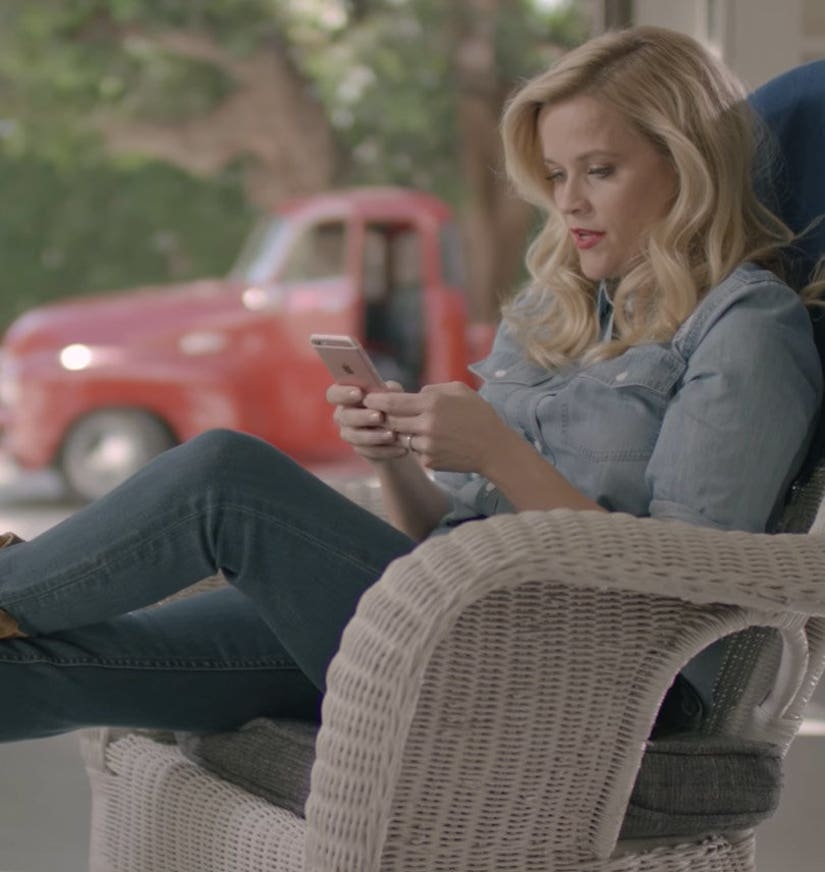 Y'all ready for this?

It's Reese Witherspoon as we've never heard her before in a promotional video for her clothing and accessories line, Draper James.

In the video, the Tennessee native adopts a twangtastic accent while highlighting the apparent struggles Southerners face while using social media.

Clad in a chambray shirt, denim jeans and cowboy boots, the blonde beauty becomes increasingly frustrated as she attempts to craft messages using good ole Southern slang that her smartphone does just not compute.

"Dear Apple, when I say when I say 'I'm fixin' to go somewhere,' I don't mean fixing," the Oscar winner dictates to her phone as a country-style guitar ditty plays in the background. "I mean fixin' with no 'g.'"

Likewise, the "Wild" star tries to educate the tech company on her use of 'y'all.'"

"When I say y'all I don't mean fall or ball or hall or mall I mean y'all," she continues.

Did you get that, Apple?

But her gripes don't end there.

She wonders why there isn't a biscuit emoji and bemoans the fact that her Snapchat filters don't make her hair look "big enough."

In a recent interview with the Today show, Witherspoon revealed her love for the social media app because it's the only medium her children will use to get in touch with her.

She also confessed that her brood makes fun of her accent, which only occasionally sneaks into her everyday speak IRL.

"My kids do this whole thing where they make fun of me because I'll say, 'He did do, but he didn't done do. He done did that,'" she said. "They're like 'What? Why you talking did done?'"

What do you think of Reese's suddenly strong Southern accent? Are y'all fans? Sound off in the comments below!