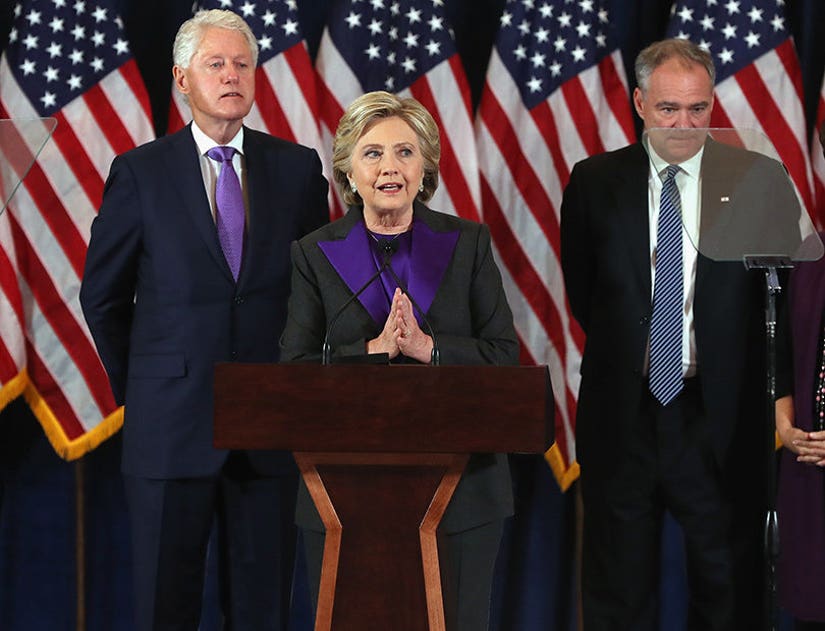 With a smile on her face, Hillary Clinton walked out to deliver her concession speech this morning in NYC.

During the speech, she acknowledged Donald Trump's election win, apologized for the outcome and thanked all her supporters standing by her through the campaign trail.

"I hope he will be a successful president for all Americans," she said of Trump. "I'm sorry we did not win this election for the values we share and the vision we hold for this country. I feel pride and gratitude for this campaign we built together. You represent the best of America and being your candidate has been one of the greatest honors of my life."

"I know how disappointed you feel because I feel it too and so do tens and millions of Americans," she continued. "This is painful and it will be for a long time, but I want you to remember this: our campaign was never about one person or even one election, it was about the country we love and building an America that's hopeful, inclusive and big hearted."

With the race closer than most expected, Clinton says the election exposed how the "nation is more deeply divided than we thought."

"We must accept this result and look to the future," she went on, "Donald Turmp is going to be our president, we owe him an open mind and a chance to lead.

After thanking her running mate, Tim Kaine, her family members and President Barack Obama and the First Lady, she went on to speak to the younger generation.

"This loss hurts but please never stop believing that fighting for what's right is worth it," she said to them. "To all the little girls, never doubt that you are valuable and powerful and deserving of every chance and opportunity in the world to achieve your own dreams."

"We still have not shattered that highest and hardest glass ceiling," she continued, "but someday someone will and hopefully sooner than we think."

"I still believe, as deeply as I ever have, if we stand together ... our best days are still ahead of us," she concluded.

So far, celebs have been very vocal with their reactions in regards to the election. Click here to see what Trump's celebrity detractors had to say -- and here to check in on his supporters.