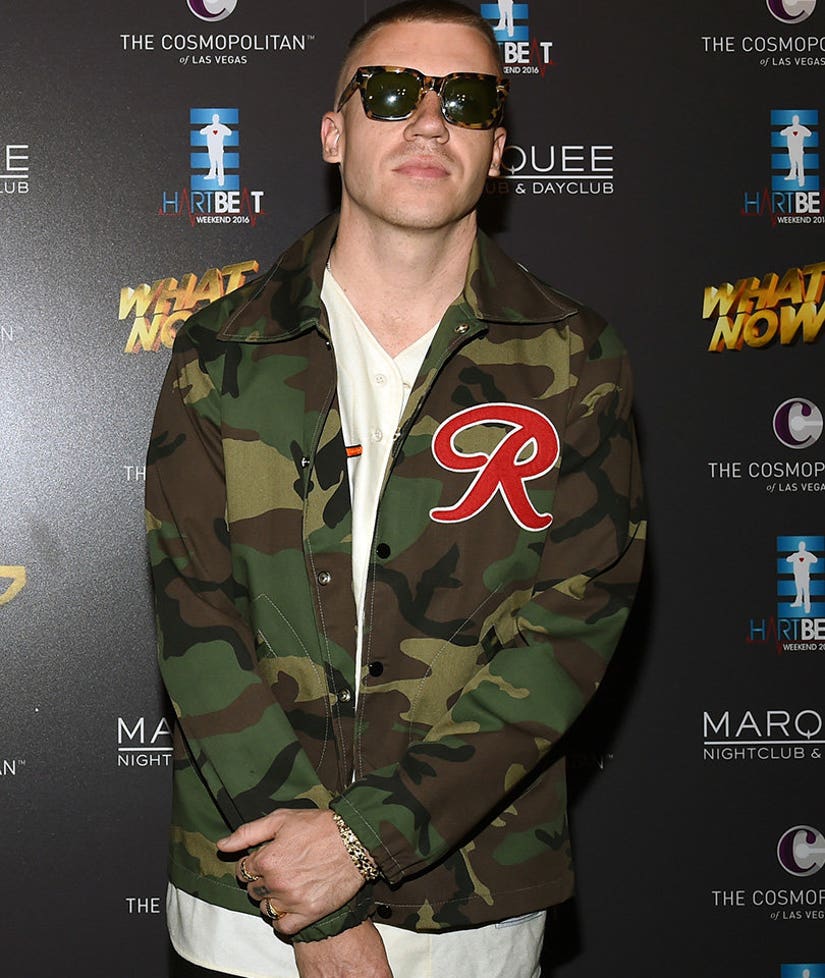 Macklemore will do everything he can to shield his daughter from a Donald Trump presidency.

In a lengthy Instagram rant, the rapper talked about the election results, and added that Trump won't "raise" his daughter, Sloane.

"I am disappointed, shocked and shaken at my core by what has transpired tonight. I gathered around the TV with my family and loved ones, ready to celebrate history being made. My daughter had this little blue dress on. I was ready to pop the Martinellis and hold her, watching Hillary Clinton become the first female president of the United States of America," he explained alongside a photo of his sleeping daughter.

"But ... It didn't happen," he lamented. "I had a sick feeling in my gut, riddled with anxiety as the polls started coming in. After hours of a growing pit in my stomach, it was over. I left the TV, grabbed my daughter and took her to bed. But now, as I'm laying next to my her as she sleeps, I remember. Remember what I have control over and what I don't. I don't have control over Donald Trump becoming president."

"What I do have control over is where I go from here. I will teach my daughter to love. All people, regardless of the color of their skin, gender, religious beliefs, sexual orientation or where their birth certificate says they're from," he continued.

"I will teach her how important it is to be an advocate for humanity. Not just the portion of humanity that benefits her. I will teach her non violent communication. That in the face of hatred we must love each other even harder," he added. "Not give in. Not get discouraged or feel like our progress in the past is void."

"[To keep] fighting for all of us, with an emphasis on those that and have been the most affected by systemic oppression," he explained. "I will teach her that when she is silent during moments of injustice, she is siding with the oppressor. I will teach her that walls divide people, and by their nature cannot bring us closer. And that just because someone holds the most powerful position in the world, does not make that person right, just or fair."

"Donald Trump is not raising my daughter," he reasoned emphatically. "I am. I get to encourage and nurture her to be who she wants to be. Teach her that her voice and actions can change the world. Teach her that she can do anything that a man can do. And one day, even become president of the United States of America. I have work to do. It starts now. And that work is the only thing bringing me peace at the moment."

Powerful words, indeed -- and he's not alone in his disappointment. Click here to see what more of Trump's celebrity detractors had to say last night -- and here to check in on his supporters.

Sound off with your comments below.