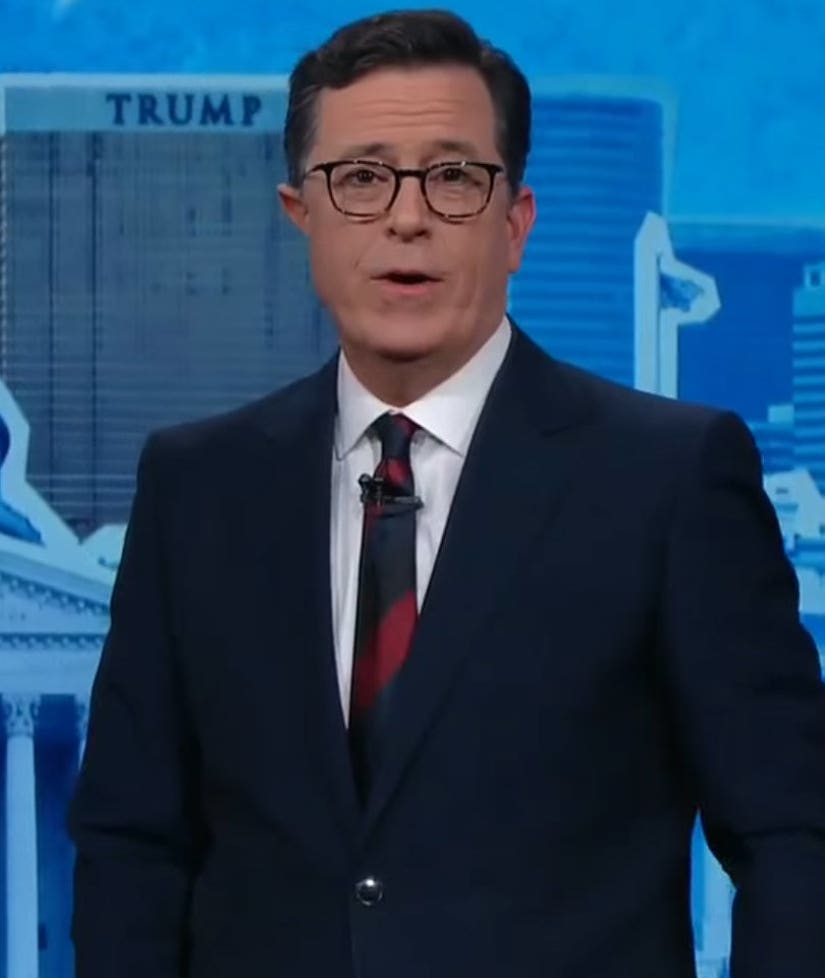 The votes are in, the ballots have been counted and we have a new president.

As it became clear that Donald Trump would become commander in chief, Stephen Colbert had some thoughts to share on the Republican candidate's surprising win and this divisive election during his "Stephen Colbert's Live Election Night Democracy's Series Finale: Who's Going To Clean Up This S‑‑‑?" special last night.

"Now I think we can agree that this has been an absolutely exhausting, bruising election for everyone, and it has come to an ending that I did not imagine," he said towards the end of the live special. "We all now feel the way Rudy Giuliani looks."

"Seeing this election, people all around the world...everybody's going to be saying, 'Has America lost its mind?' And the answer is, evidently, 'Back off buddy, we got 300 million guns, and we're kinda stressed right now.'"

The talk show host went on to point out just how bad things have gotten.

"By every metric, we are more divided than ever as a nation," he said. "But you know what, everybody feels that way...Both sides are terrified of the other side, and I think that's why the voting booth has a curtain, so you have some place to hide after the election's over."

And he went on to muse on why it was so easy for Americans to divide so angrily over party lines.

"So how did our politics get so poisonous? I think it's because we overdosed, especially this year," he explained. "We drank too much of the poison. You take a little bit of it so you can hate the other side. And it tastes kind of good. And you like how it feels and there's a gentle high to condemnation, right?"

And even though his show, guests and Colbert himself became more and more somber during the special as Trump's win appeared inevitable, the 52-year-old called for Americans to come together.

"Politics is everywhere, and that takes up precious brain space we could be using to remember all the things we actually have in common," he said. "So whether your side won or lost, we don't have to do this s--t for a while."

He wrapped up his remarks by trying to unite citizens with a little bit of humor.

"In the face of something that might thing strikes as horrible, I think laughter is the best medicine," Colbert said before listing a few things he thought all Americans could agree on.

Among the host's universally accepted truths? Kit Kats should never be bitten into like a normal candy bar and that there's never a reason to order a veggie pizza when a cheese pizza will do.

"Above all, we as a nation agree that we should never, ever have another election like this one," he said on a more serious note. "Now please get out there and kiss a Democrat. Go hug a Republican. Go give a Libertarian a reach-around. You survived. Good night, and God bless America."