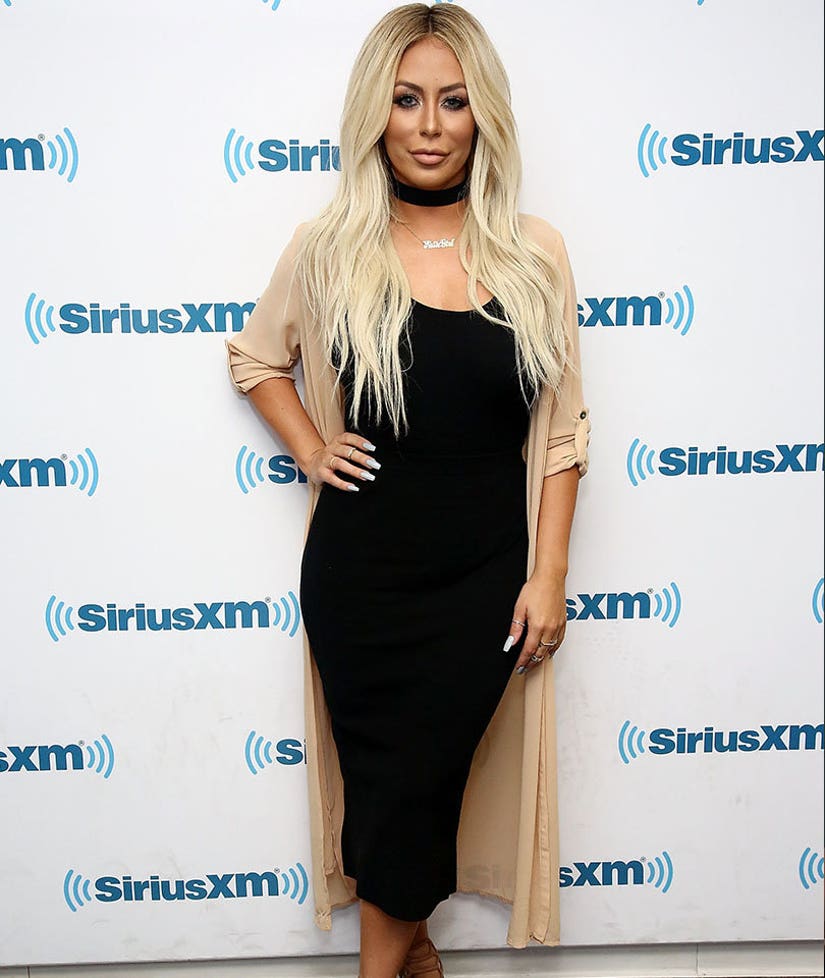 Aubrey O'Day threw some serious shade at President-elect Donald Trump ... and claimed that she has a "story" that's worth millions!

In a series of cryptic tweets, the former "Celebrity Apprentice" contestant alludes to the fact she has a story that could be the White House's next biggest scandal. The night of the election, O'Day teased her experience:

No. my story I didn't tell is worth millions now ;) ...this doesn't hurt me, it hurts America. https://t.co/5rcAKv1HJz

She wasn't done there, though. When further prompted by the results of the election, O'Day went off, calling Trump homophobic and racist, among other things.

Check out her tweets:

I'm heartbroken. Every beautiful piece of progression that our country could have moved toward is now gone.

You can be a lying abusive ignorant piece of trash that is personally and publicly racist, sexist, & homophobic and run our country..

I want to say, we all want a voice in this country. Having a voice is important. In order for ur voice to be heard, others have to as well..

..unfortunately the voice prominent right now isn't speaking for progress, but that doesn't stop your voice from being heard..

..if u want the majority voice to go away, u would lose yours as well.. then we would be Russia. At least we still have our voices,use them!

this was a mistake our country made, and those who made it will learn the hard way..

..to the rest, mistakes & disappointment don't stop life. Except what u can't change, as the next 4 yrs we must learn to inspire ourselves!

When a non-American citizen asked what was going on in the United States, O'Day responded, "It's simple. Elites condescended and insulted working people for long enough that they were sick of it ... and an a--hole cashed in on that."

While she likely won't tell her full story anytime soon -- contestants on "The Apprentice" are probably under a non-disclosure agreement -- she danced around bashing Trump in a 2012 interview with Entertainment Weekly.

When asked if she felt women were discriminated against during her time on The Donald's reality show, she replied, "Oh, God, how do I get around answering this the safe way?"

"I think that we have a long way to go before women are respected in business the way that they should be, and that is across the board," she added.

What do you think of Aubrey's cryptic tweets? Weigh in on the comments below!