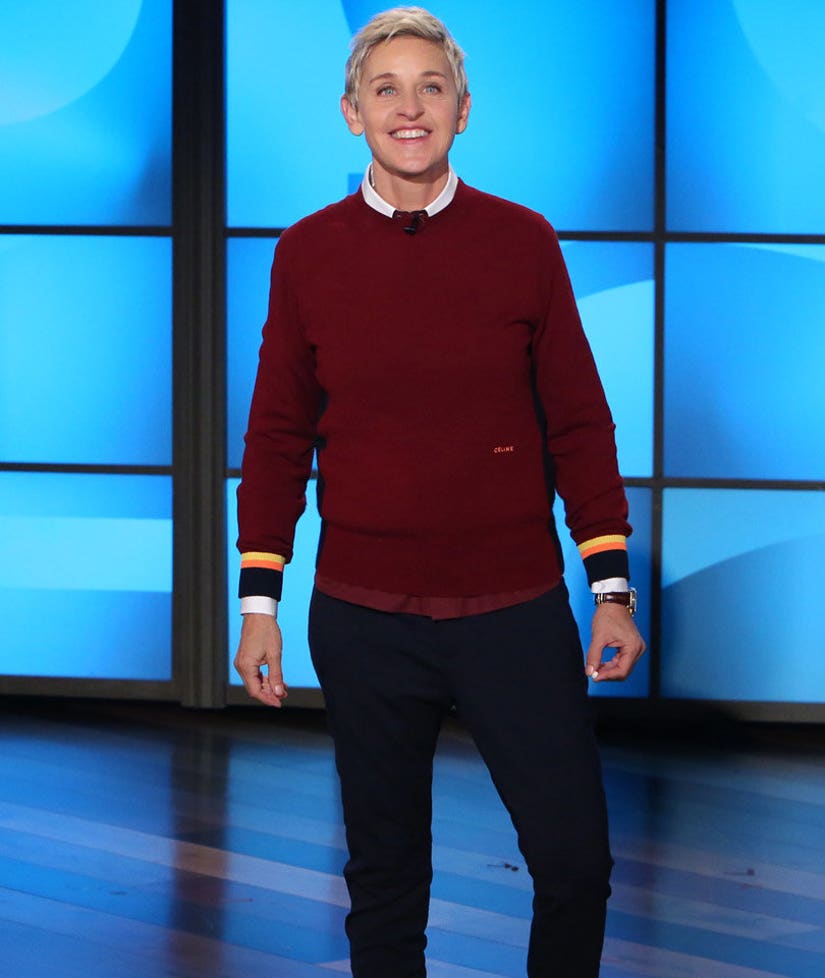 Ellen DeGeneres is sharing a message of hope following the results of the presidential elections.

"You may have heard that there was a presidential election on Tuesday," she said during Thurday's episode of "The Ellen DeGeneres Show." "The big winner was alcohol. A lot of alcohol."

The 58-year-old acknowledged the fact that "a lot of people were disappointed with the results" and that it was her job to make "everybody feel good" during her opening monologue.

But the "Finding Dory" star didn't only suggest Americans find solace with a bottle of booze; she also shared an inspirational video for those who were still down in the dumps about Donald Trump's election and what it may mean for the country.

"So if you're feeling a little anxious or scared, I'm here to tell you that things can still turn out to be okay. There is a video that I saw yesterday that might make you feel better," she said. "It's from the new documentary 'Planet Earth II.' It's a baby iguana on a beach. And the beach is filled with iguana-eating snakes. This will make you feel better. Enjoy."

Spoiler alert: the lil' guy makes it past the treacherous snakes. The moral of the story?

"He made it. That little baby iguana got away!" DeGeneres explained. "And that's what we're gonna do. We're all gonna do that."

"The snakes may be the fact that you don't feel heard," she continued. "Or nobody's on your side. Or that you don't like what's on the Starbucks Holiday Cups this year. No matter what your snake is, there is hope for your little iguana."