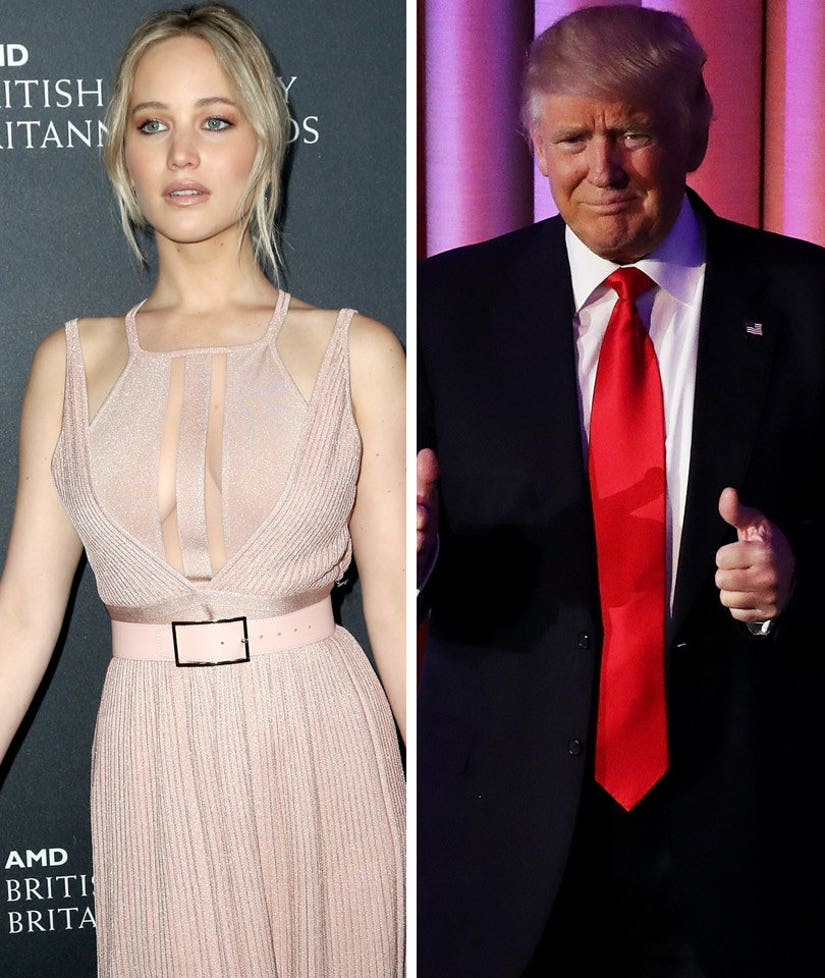 Jennifer Lawrence is one of the many disappointed with the results of the election -- but she's urging those with her to not fear what lies ahead, but to take action.

In a personal essay posted to Vice's Broadly channel on Thursday, the "Hunger Games" star opens up about how she feels about Donald Trump winning the presidency and what she thinks his victory means for women everywhere.

"Is this the stark reality? It doesn't matter how hard you work or how qualified you are, at the end of the day, you're not a man? Is that what we just learned? This country was founded on immigration and today the only people that feel safe, that their rights are recognized and respected are white men," she writes in the personal op-ed.

She explains that she's struggling to remain "positive" after Hillary Clinton's loss and hopes everyone is able to "think strongly and clearly about what to do next because we cannot change the past." Lawrence goes on to urge people who may fear about our environment, racial violence and the debt a wall could bring to start doing their homework and see what they can do to take action.

As for the women out there who feel less than right now, she offers this:

"If you're a woman and you're worried that no matter how hard you work or how much you learn, there will always be a glass ceiling, then I don't really know what to say. I don't know what I would tell my daughter if I were you. Except to have hope. To work for the future," she says. "We're all allowed to be sad that the present isn't what we thought it was. But we mustn't be defeated. We will keep educating ourselves and working twice as hard as the man next to us because we know now that it is not fair."

The actress' closing remarks sound like they could come from Katniss Everdeen herself.

"Do not let this defeat you -- let this enrage you! Let it motivate you! Let this be the fire you didn't have before," she urges. "If you are an immigrant, if you are a person of color, if you are LGBTQ+, if you are a woman -- don't be afraid, be loud!"

Lawrence -- who has been vocal about the pay gap between men and women in the industry -- has long supported Clinton and spoke out against Trump in the past.

"I was raised a Republican, but I just can't imagine supporting a party that doesn't support women's basic rights," she told Rolling Stone last year. "My view on the election is pretty cut-and-dried: If Donald Trump is president of the United States, it will be the end of the world."