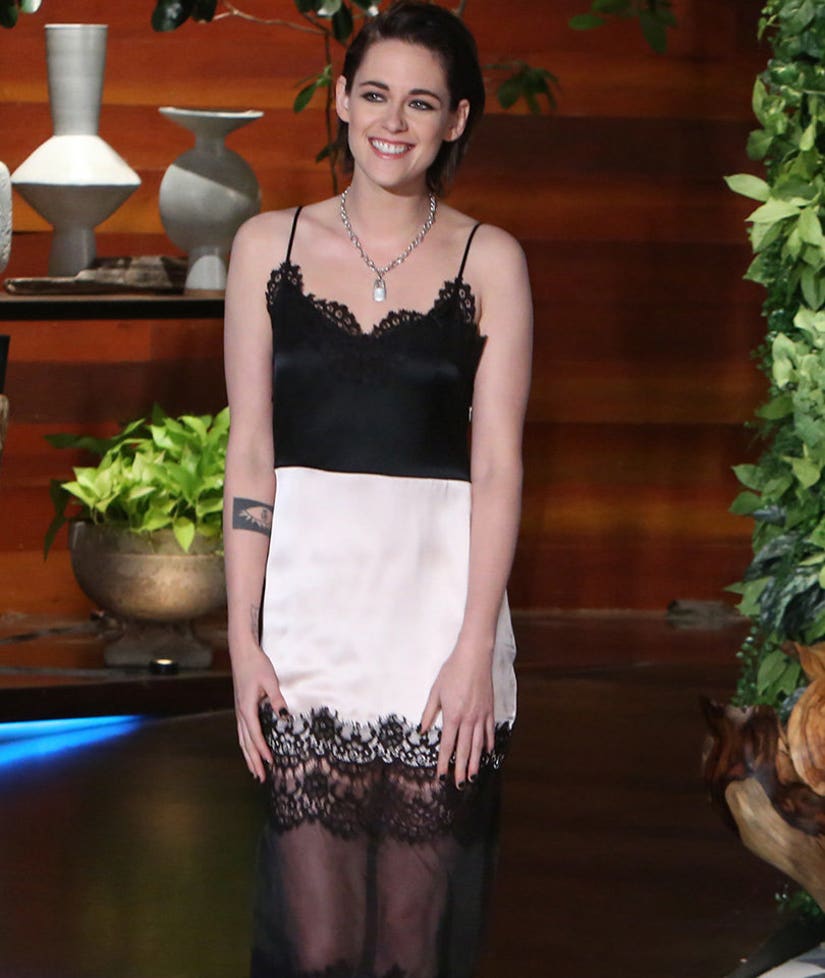 Kristen Stewart appeared on "Ellen" on Friday to discuss her past in the massively popular franchise, her post-"Twilight" life, and some pretty impressive ties to France.

When Ellen flashed an old photo of the "Twilight" cast, Kristen was taken aback, comparing it to a "college" experience.

"I look at those [film] photos," she continued, "and feel like I'm looking at a college yearbook. It was just after my high school experience. ... As soon as you see those pictures, you're like 'Ooh, God, that was like yesterday."

"It was something that I really invested in ... it was something personal, that became not the most personal thing," she continued, adding that the "most uncomfortable, terrible, weird" time of her life. "At the same time it's good," she added, "It kind of forced me to stand to attention in this way, which, I didn't have that."

When Ellen commented that it must have been hard on the "Runaways" star due to her shyness, Kristen joked that it's gotten better, and that now, her shyness is "only on the weekends." On a more serious note, she said, "When I do things that really scare me, good things happen."

Though "Twilight" was a worldwide phenomenon, Kristen, as of late, has opted to be choosier about her roles, taking leads in smaller, independent productions. When asked by Ellen why she guided her career in that direction, Stewart explained, "I've always been really the least tactful person. I've rarely been let down by follow my gut and being drawn to creative endeavors that just feel right without any explanation."

Kristen also talked about winning the French equivalent of the Academy Award for 2014's "Clouds of Sils Maria," where she portrayed the world-traveling assistant of a highly-revered actress, played by Juliet Binoche. Stewart attended France's 2015 César Awards, and was nominated for -- and won! -- the award for Best Supporting Actress in "Clouds of Sils Maria."

Stewart admits she botched some of the French she decided to drop into the speech at the time ... but proved to Ellen she can still say some phrases in the Romance Language.

Check it out in the video below: