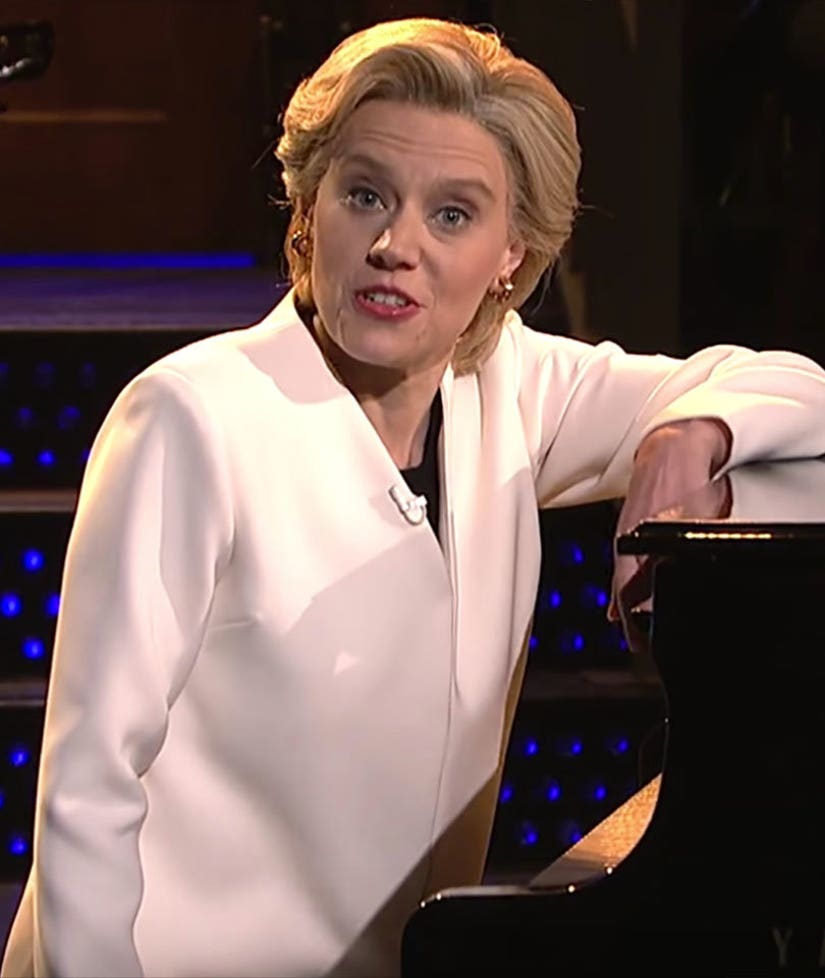 Kate McKinnon has made us laugh on "Saturday Night Live," and now she's going to make us cry.

McKinnon reprised her long-running Hillary Clinton role on the comedy show, but the cold open left us ... cold. In a week where Donald Trump was elected President of the United States of America, and in a week where we also lost legendary talent, Leonard Cohen, pretty much anything would resonate. ... But especially what McKinnon pulled off.

Dressed in her Hillary garb, she sat behind a baby grand and gently played Cohen's "Hallelujah," while both emotionally and reflectively singing. Throughout the performance, the live audience remained silent.

Take a breath and check out the moving video:

When McKinnon finished the performance, she turned to the camera with tears in her eyes and said, "I'm not giving up. And neither should you. And live from New York, it's Saturday Night!"

Alec Baldwin did not reprise his Trump role this week, but McKinnon tackled politics again when she portrayed Supreme Court Justice Ruth Ginsburg during the "Weekend Update" segment. Acting as the elderly judge, McKinnon crowed, "I'm never going to step down now!" as she poured vitamin powder in her mouth, and continued making jokes about "skipping retirement" as a result of Trump's impending presidency.

Dave Chappelle, who was the guest host, commented that the United States had elected "an internet troll" to sit in the White House. He concluded his lengthy monologue saying,"I'm wishing Donald Trump luck and I'm going to give him a chance. And we, the historically disenfranchised, demand that he gives us one too."

Weigh in on the comments -- did last night's "SNL" give you chills too?