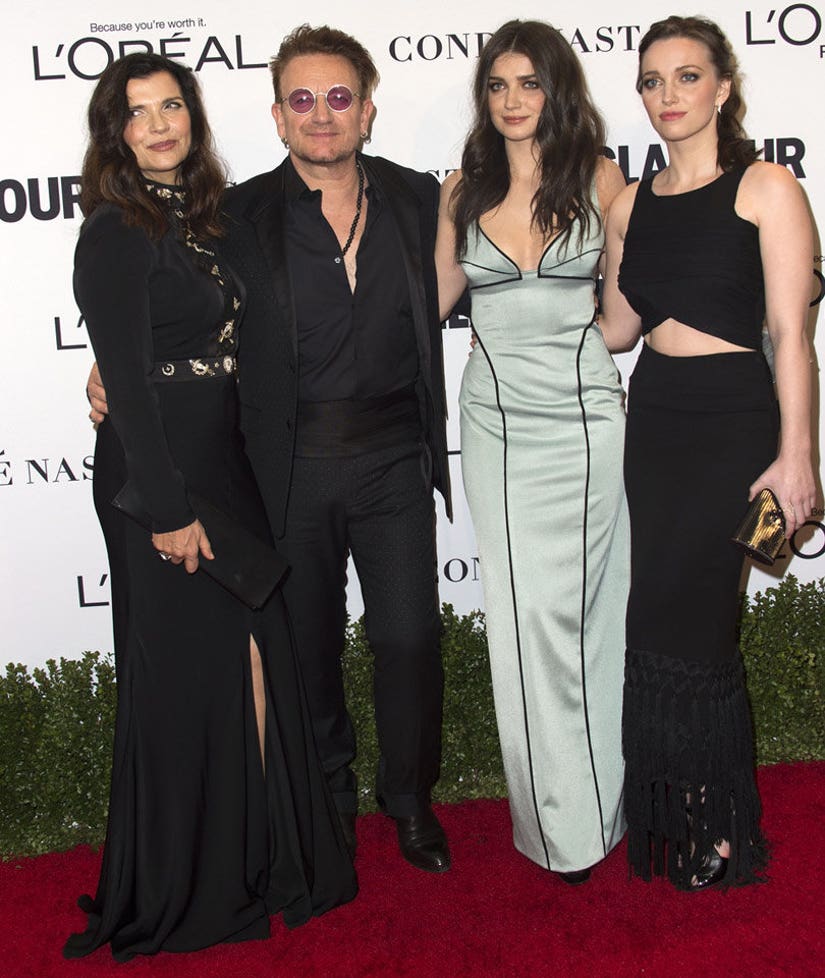 Bono received a very big honor at Monday's Glamour Women of the Year Awards, where he was surrounded by the gorgeous women in his life: his family.

Bono was presented with the magazine's first-ever Man of the Year award, something he even admitted was "a bit ridiculous" during his empowering acceptance speech.

After reading some mean tweets about his honor (above), the rocker transitioned into a more serious tone.

Bono explained how the honor was "one of the tiny few awards that caused real excitement in our house and actually stopped the usual dinner conversation and started what my daughters think of as the only conversation," as the women in his family saw it as an opportunity for him to bring attention to an important topic.

"There is nowhere on Earth where women have the same opportunities as men, and that unless we address this problem, both women and men together—our world will continue down this misogynistic, violent, and impoverished path," he continued, calling the showdown between Hillary Clinton and Donald Trump "the first R-rated election."

He went on to reveal that last night was actually the 40th anniversary of his first date with his wife -- and shared something she told him that still resonates with him all these years later.

"Anyway, I asked Ali what I should say [during his speech], and she said what she told me all those years ago: 'Don't look down at me. But don't look up at me either. Look across to me. I'm here,'" he explained.

"Maybe the most important thing is to look across at the person who agrees with you on nothing," he continued. "Maybe they're in your family. Maybe they live across the street. And I say this to myself more than anyone: Maybe they're about to move into the White House."

He closed his speech with this message for the president-elect: "Look across to women. Make equality a priority. It is the only way forward. The train is leaving the station. Be on it or be under it."