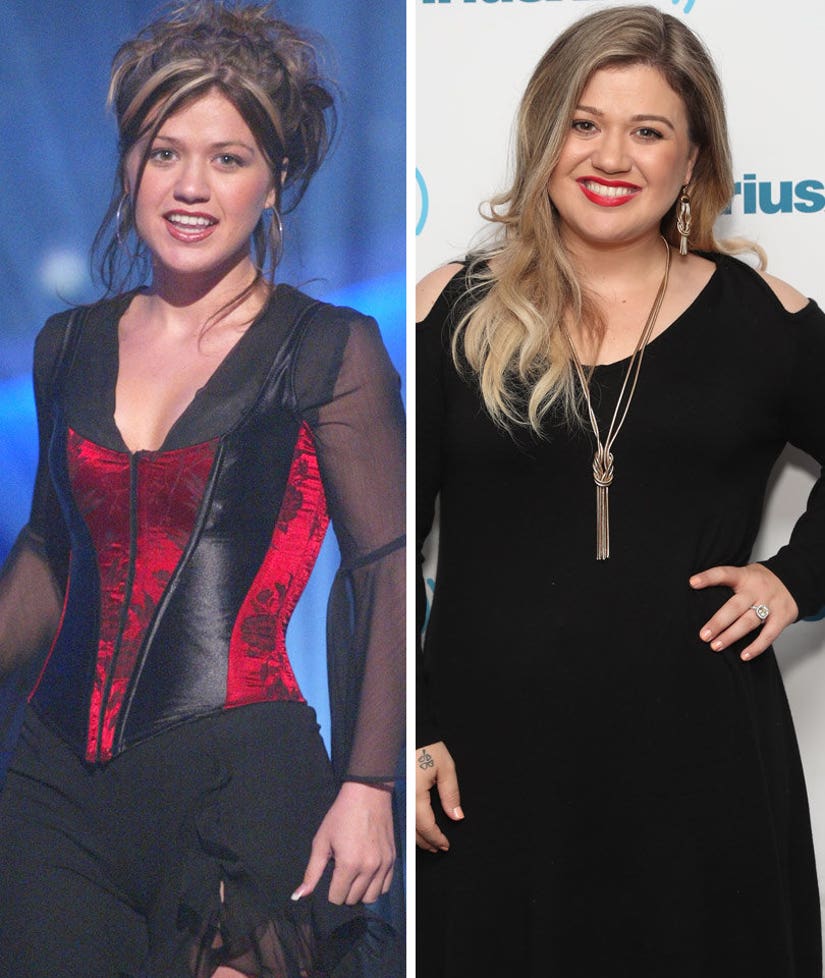 Kelly Clarkson has been dealing with body shaming for almost 15 years.

The original "American Idol" winner opens up about the pressures put on women in the music industry in the new issue of Good Housekeeping, where she reveals why she turned down two record deals before she appeared on Season 1 of the Fox singing competition.

"[The record companies] were like, 'You have to lose 20 pounds and basically sign your life away' — and I was small then, by the way," she tells the mag. "I don't want to start a relationship with somebody who says something like that. And this is my gift, and they wanted to take all the profit from me working my butt off. Why would I?"

Thankfully, she didn't cave in ... and ended up becoming one of the biggest pop stars of our time after her victory. With the reality TV launching pad and subsequent success with her post-"Idol" albums came fast fame, something that took some adjusting to for the Texas native.

"I was in a very dark place for a long time. It's just so hard to have normalcy," the 34-year-old singer reveals. "I love to sing, and I love to talk to people at meet-and-greets. It's just all the crap that comes along with this job. I don't love traveling, because I'm never home. It's hard when you have a family."

That family includes hubby Brandon Blackstock, their two children together, River Rose and Remington, and her husband's two kids from a previous relationship.

"We try our best," she says of her marriage. "Brandon and I have a date night every night — we'll get the kids to bed and go out by the lake with a glass of wine, and the next thing we know, it's 2 A.M. We're tired in the morning, but we need that time to stay connected."

"I sound like such a tool, but becoming a mother has made me next-level confident," she continues. "I've never felt more empowered. I feel like my 20s were spent walking on eggshells making sure everyone felt loved and not really expressing my opinion. As a mom, you just don't have time, so you get straight to the point."