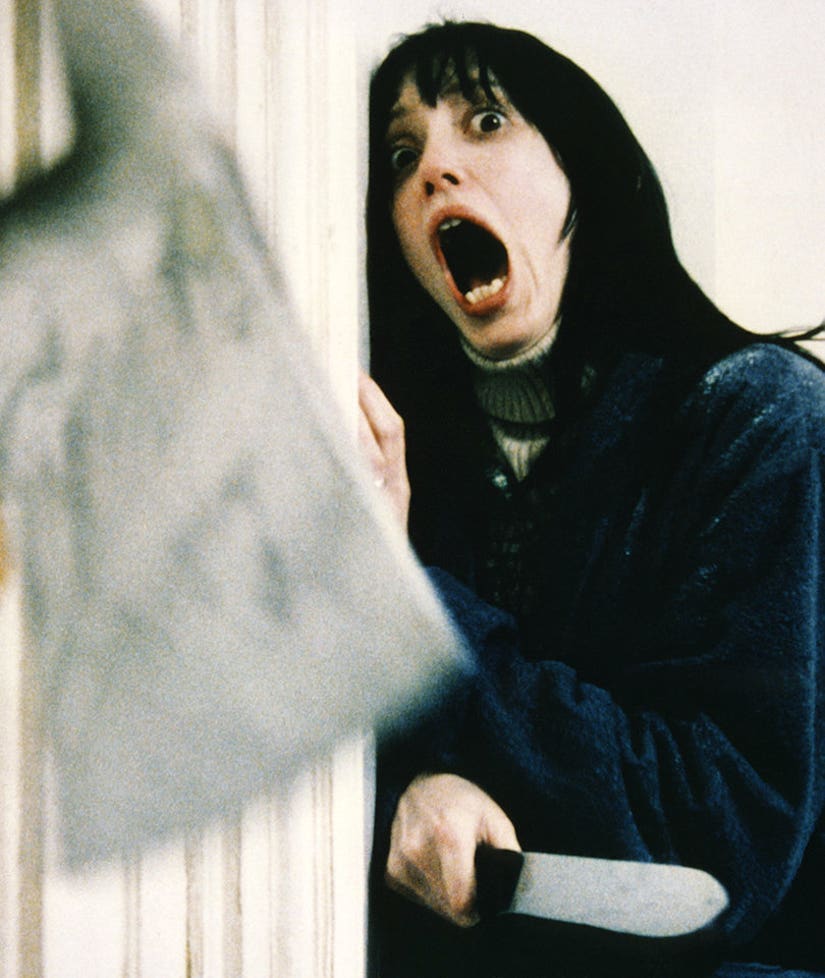 "The Shining's" superstar leading lady, Shelley Duvall, re-emerges on "Dr. Phil" this week ... and her appearance was nothing short of jarring.

Duvall, who has been MIA from the public eye for years, continues to paint a disturbing picture of her life these days.

"I loved Robin Williams," Duvall said, talking of her former "Popeye" costar. "I don't think he's dead." When Phil asks Duvall where she thought Williams was, she simply answers, "Shape-shifting," and claims that she has seen him in person since his August 2014 death.

She also says there's a man making threats against her -- and claims that it's none other than the Sheriff of Nottingham, legendary "Robin Hood" antagonist.

While we have yet to see the full episode, some have criticized McGraw for seemingly capitalizing on the mental illness of a very disturbed woman.

Check out a few choice tweets below:

Dr. Phil will not help Shelley Duvall with her mental illness, she needs proper care and not someone who is exploiting her for views 😔

.@TheDrPhilShow Exploiting this poor sick woman for a TV show. If you really want to help her do it. I'm sickened. Would a real dr. do this?

@TheDrPhilShow this is absolutely sickening

Dr. Phil is trash and absolutely exploiting this poor woman. Ugh. She may need help but not on national TV 🙄😷

I really hope Shelley Duvall gets the help she needs, privately after Dr. Phil exploits her for the ratings. pic.twitter.com/TMJsDawlRS

Vivian Kubrick, daughter of famed director, Stanley Kubrick -- head honcho on "The Shining" -- is also calling for a boycott of the episode, calling it "lurid" and "shameful."

On Twitter, she writes, "Dear Dr. Phil. You are putting Shelley Duvall 'on show' while she is suffering from a pitiable state of ill health. Unquestionably, this is purely a form of lurid and exploitative entertainment - it's appallingly cruel."

"Shelley Duvall was a movie star," Kubrick continued. "Whatever dignity a mere unfortunate creature might have in this world, is denied her by your displaying her in this way."

"I recoil in complete disgust. I hope others will join me in boycotting your utterly heartless form of entertainment, because it has nothing to do with compassionate healing," she concluded. She signed off "Sincerely disgusted, Vivian Kubrick."