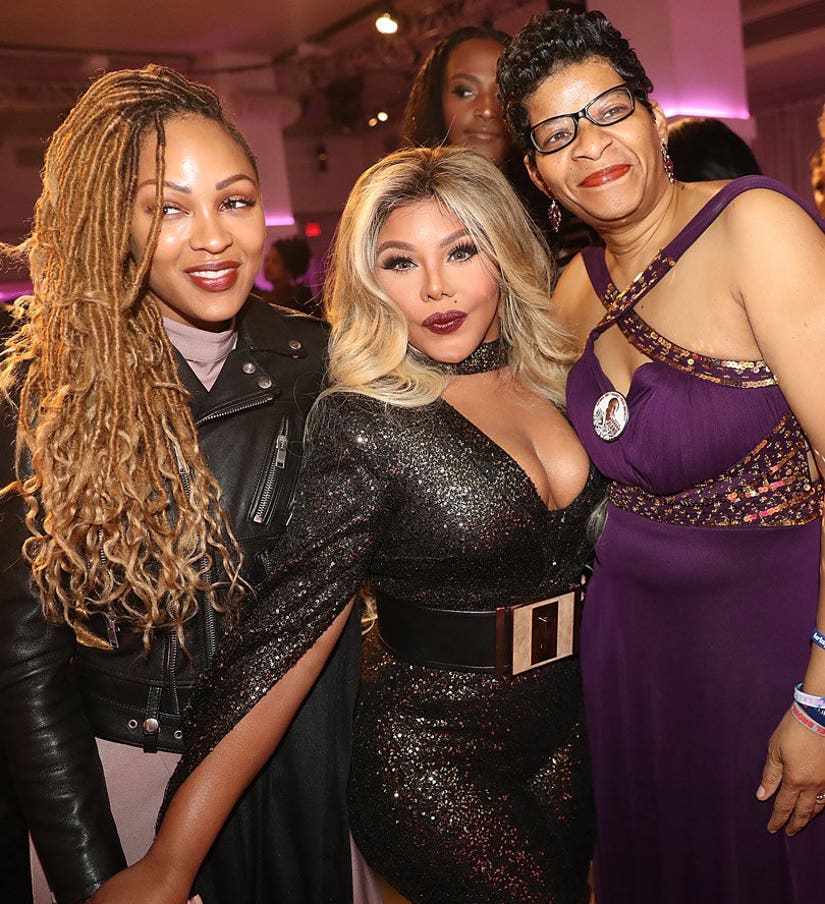 Lil' Kim has no time for her haters.

The rapping legend was honored at the Women In Entertainment Empowerment Network Awards earlier this week in NYC, where she opened up about some of the backlash she's been the subject of her entire life.

"When I first got into this industry I received a lot of hate. I still receive a lot of hate," she reportedly said at the event (via Page Six). "I'm a sensitive person. I'm a cancer. But every time I talk to God, he says, 'Let them keep hating.' So, I just say, 'Yeah, OK. I got God on my side. What y'all gonna do with me now?'"

The 41-year-old was definitely feeling herself at the event, stepping out in a shimmery bodysuit with ridiculously oversized sleeves. She was cinched at the waist with a giant belt and paired the superhero-looking ensemble with gold heels.

Her appearance at the awards comes after a controversial video from 2013 started making the rounds online earlier this week. In the vintage video, Lil' Kim is seen saying she's a "Spanish girl trapped in a Black girl's body.

"Why is that controversial though?" she said in an interview posted Wednesday by AllHipHopTV. "People are stupid. And you're all dumb. People just like to start s--- when they can't find anything. At the end the day, I grew up around a lot of Latinas and Latino Men in my family and in my life. They don't know that. I don't give a f--- either."

"You just gotta laugh at their asses," she added, "because they're stupid."