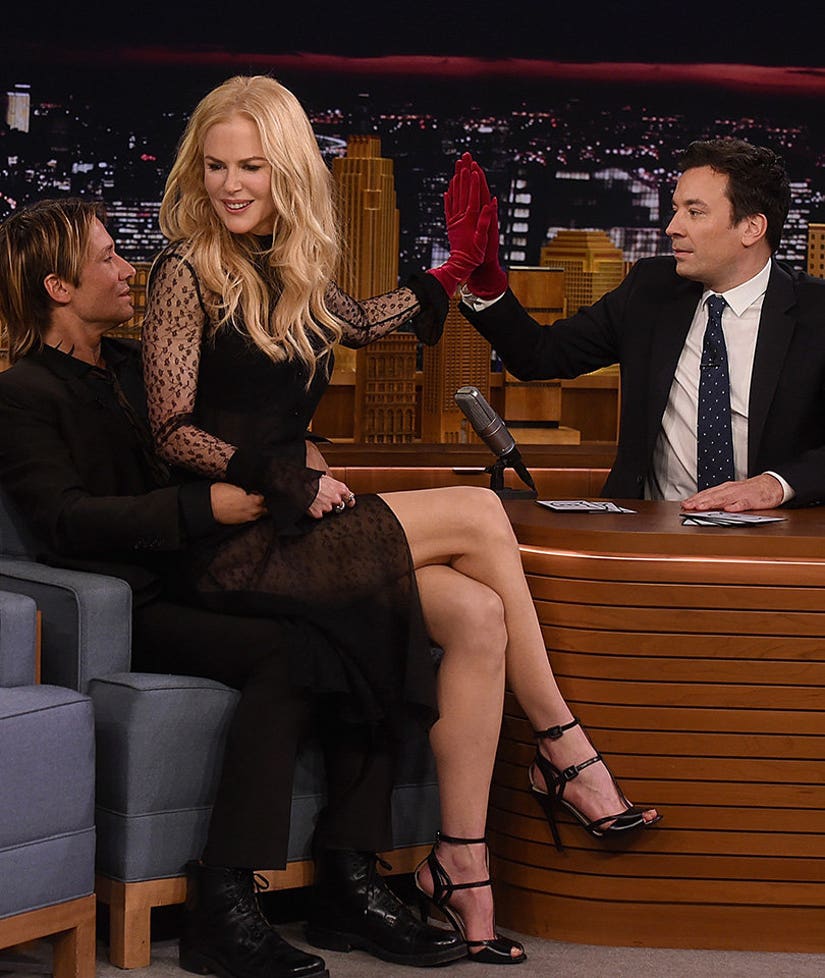 Nicole Kidman just reignited Jimmy Fallon's embarrassment by once again bringing up the fact that he snubbed her for a date in the past. To recap, Nicole previously crushed on Fallon, and just last year, explained how she'd gone to his house once in an attempt to woo him into asking her out. Fallon, oblivious, was unresponsive, and Nicole, smited.

But last night, Nic revealed Fallon blew it a second time when the two were at a party at director David Fincher's home.

Fallon clapped back, however, and responded, "They're shocked for a different reason. They're like, 'He wouldn't have a chance in hell with Nicole Kidman.'"

That's when all hell -- and hilarity! -- broke loose, as Nicole's husband of 11 years, Keith Urban, surprised the duo as he walked out onto the stage strumming "Dream Weaver" on his guitar. "Tell me about the buffet, Jimmy," Urban laughed, "I feel quite safe because you have no problem ignoring my wife in the kitchen apparently."

Check out the video below ... "endearing" isn't even the word! What a bunch of good-natured people!