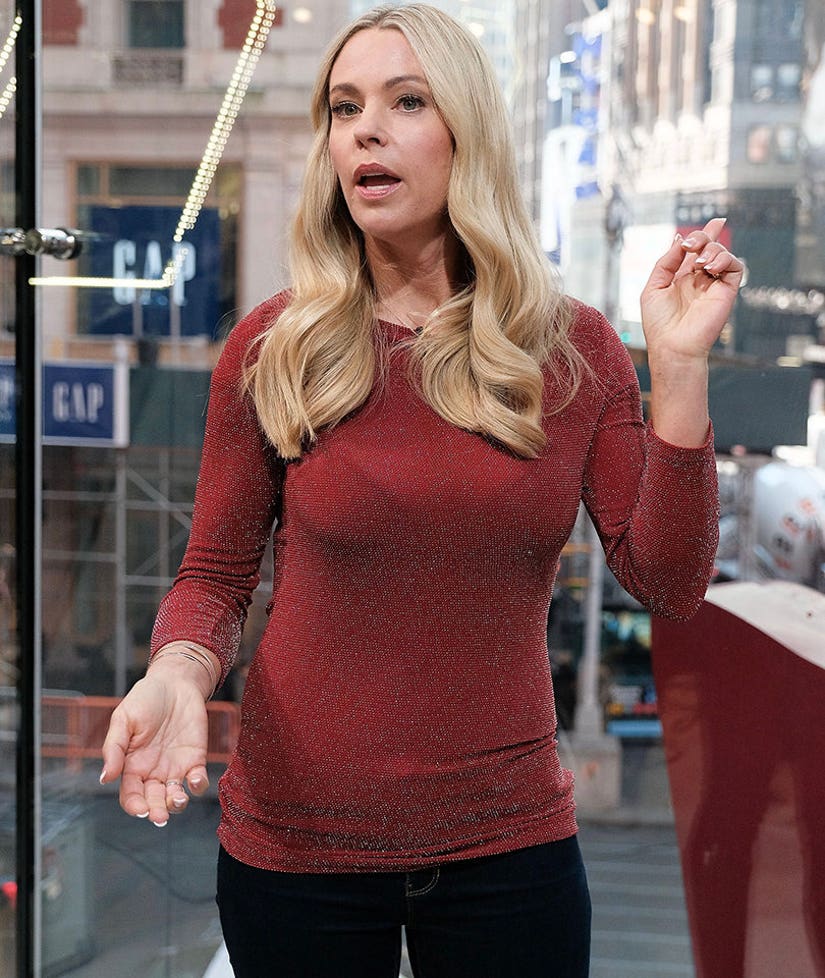 Kate Gosselin just broke her silence on son Colin, who's been sent away from the family home due to behavioral issues ... and reveals her relationship with ex-husband Jon Gosselin is only becoming more contentious!

In an exclusive interview with Extra, Kate revealed that Colin is still away from home, and that he's "chugging along." She continued, "It's a family experience that we are dealing the best we can with. ... Everyone's got their stuff. Another bump in the road and we're all doing the best that we can with it. I am confident he is in the best hands and receiving the best of what's being offered for his situation." Good news, Kate!

She revealed that the hardest part was coming to terms with the fact that her son needed special care, and then moving along to get it for him. Kate admitted, "It's kind of humbling when as a mom you have to admit that, 'I am not enough for what you need.' That's kind of what I struggle with, but we're moving on."

As for Jon -- who she claims has been a thorn in her side from the get-go -- she revealed that the exes' "civil" relationship hasn't gotten any better. "I don't have a relationship with him -- I've moved on. I support the kids and their relationship [with him] -- some visit, some choose not to, some visit sometimes," she explained. "[But] I support them and what they want so they can be happy and whole."

Many speculated that she and Jon would still be together as a married couple, and as a whole family, if it weren't for the infamous TLC show, but Kate revealed that things were going to end the way they ended no matter what television show they happened to be on -- or not. "All I can say is that a lot of people try to pigeonhole you and say reality TV led to [the split]," she maintained.

"The writing was already written on the wall, and I always say it [would have] ended the same way, except the world wouldn't have known about it," she continued. "I think that along the way, the signs were there and it's unfortunate regardless."

As for the big news -- Donald Trump's win of the Presidential Election, Kate ... who was formerly on Trump's "Celebrity Apprentice," weighed in on the shocking election results.

"That's kind of a weird thing to think about because I knew him outside of and prior to 'Apprentice,'" she said. "I fully expect him to take his success in business and make our country successful. I hope that and hope that others can get behind him. I do know that at the heart of Donald Trump is a true and utter love of our country, and if he allows that to guide him, we will all be really happy."

Guess we know who she voted for, huh?

And about her hit show, "Kate Plus 8," she revealed that on the upcoming season -- which airs this Tuesday on TLC -- has a lot of surprises in store for its loyal viewers.

She revealed a few sneak peeks, and said, "This season kind of started filming early this year. You're gonna see a lot of stuff ... You're going to see birthdays, a sixteenth birthday party; finally, the girls let me have a birthday party for them, big one! Mind you, they planned the party. I need to make that clear, because they'll crucify me if they see this and I don't make that clear ... It was their way, and so we'll see a 12th birthday party for the little kids."

She continued and talked about the family's travels and brand-new additions to her eight! "[We went on] trips, we visited New Orleans, we built an igloo this past winter -- it was super fun. We added two new family members that have fur -- they are my other children."

It really sounds like Kate's doing better than she has been in a long time ... and we're pretty excited to see it all play out beginning this Tuesday!