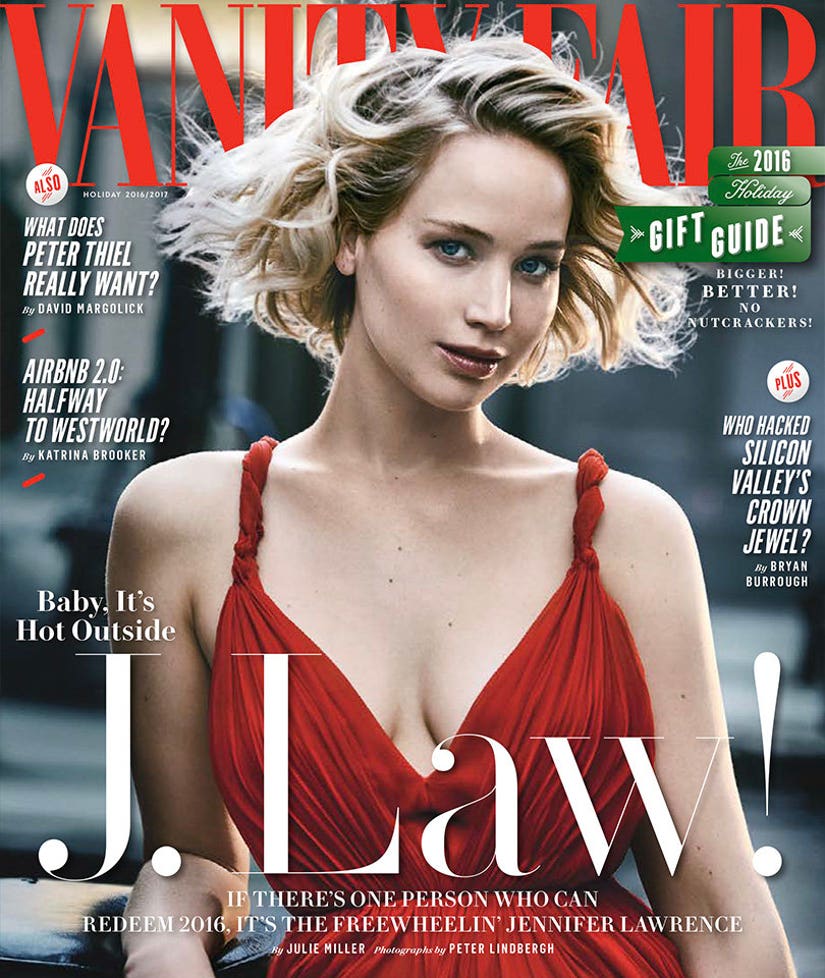 Jennifer Lawrence is getting candid on everything from rude fans to her love of Bravo reality shows in the new issue of Vanity Fair, where she also touches on her new beau, Darren Aronofsky.

The "Passengers" star has been very open about her love of the "Real Housewives" in the past -- and, in her candid interview with VF, she sends a direct message to the women of "Orange County" via the magazine.

"Please somehow get this to the Real Housewives of O.C.: Shannon, your mother-in-law is a dirty bastard and you are completely right," she says. "Meghan, you have got to stop apologizing—these women are better at arguing than you. Sincerely, Jennifer's period."

Lawrence also discusses her friendship with Emma Stone, who she claims she was jealous of in the early days of their friendship.

About Stone, Jen says, "She may not even know this, but there was definitely a time early on when I was like 'OH HEY MY EGO IS GOING NUTS SHE'S SO GREAT AND VIBRANT AND TALENTED I'M SCREWED I'LL NEVER WORK AGAIN GOODBYE YELLOW BRICK ROAD.' Then I chilled the f--k out and remembered we're completely different and there is room for everyone, even if it's an industry that doesn't really seem to support that idea up front."

She continued, saying, "We both really do love each other and care about each other as people, beyond being actors. I support her completely when it comes to work and I feel the same from her, but I know we'd be friends even if we didn't do the same job."

Of her new man -- who directed her in the upcoming film, "Mother" -- she says simply, "He is a visionary."

And while she's an open book in the magazine, she still hopes for some sense of privacy in the real world.

"You might think you know me, but when you approach me you're a total stranger to me and I'm scared," she says of some fan attention. "I get very protective of my space. It took me a long time to be able to do that. But if I'm eating dinner and somebody comes up and a flash goes off from someone's iPhone camera, I am really rude to that person. Then other people at the restaurant will see and be like, 'Oh, damn, I don't want to do that.' Privacy is a full-time job and I work very hard at it."

Check out the video below, 128 Seconds with Jennifer Lawrence, and learn even more about your favorite starlet, who says she'd be a stripper if she wasn't acting.