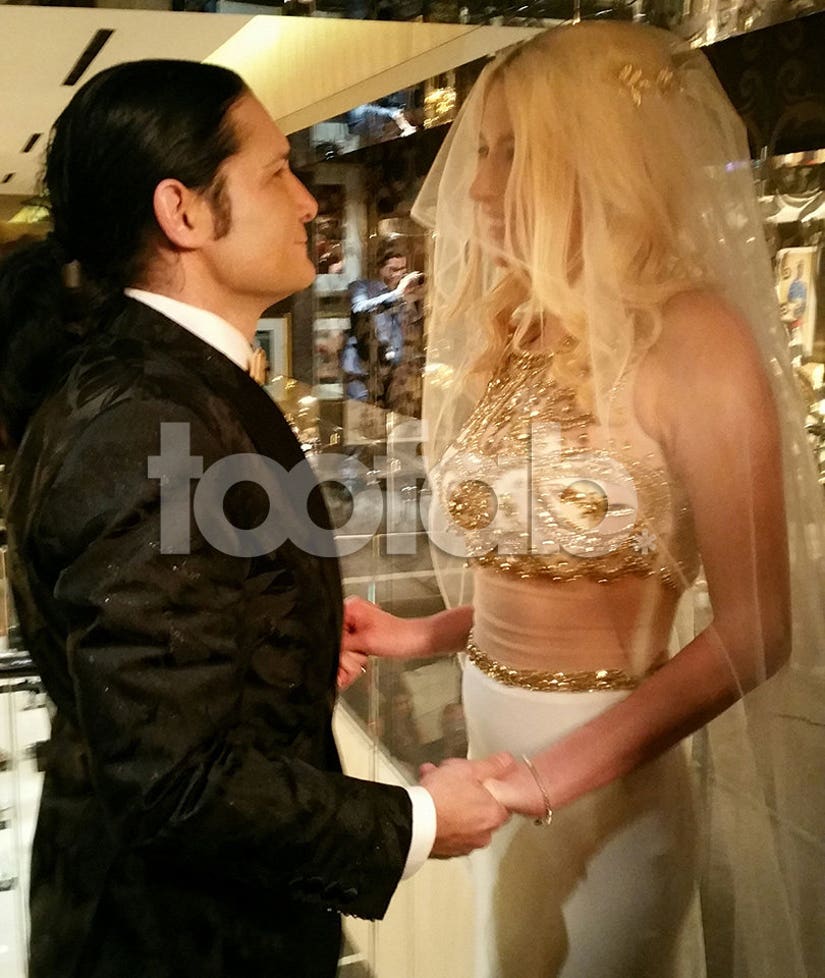 Corey Feldman is a married man!

The 45-year-old former child star-turned-musician and Corey's Angels bandmate/girlfriend of four years, Courtney Anne, tied the knot on Tuesday, a "very excited and happy" Feldman exclusively confirms to toofab from his wedding reception.

Corey and his 27-year-old bride said "I do" inside Fizz Lounge Las Vegas at Caesars Palace, after celebrating their joint bachelor/bachelorette party at Paris Las Vegas' Chateau Nightclub over the weekend.

Courtney looked gorgeous in a Shail K. wedding dress with gold embroidery that showed off her tight stomach thanks to a sheer panel over her tummy. The groom wore a Pierce Ross tux. 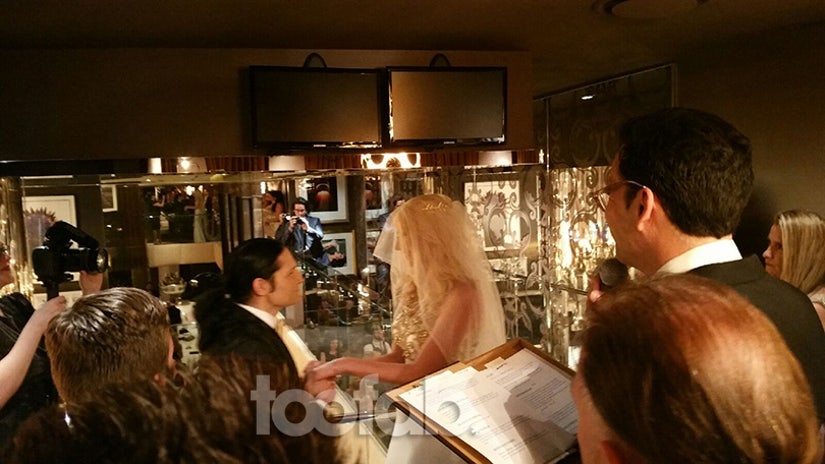 The couple was surrounded by family and close friends at the secret, intimate event. The newlyweds wrote their own personal wedding vows for the ceremony, vows one attendee told us were "so honest and loving it brought tears to my eyes, and many of the other guests as well."

We also hear the wedding party shot their own Mannequin Challenge video inside the event!

The two celebrated the soiree with a vegan wedding cake from Helena Wirth, pre-wedding meals at Hexx and Beer Park -- both inside Paris Las Vegas -- and rides at the Stratosphere. The entire event was planned by Lance Sherman and Let Loose Vegas. 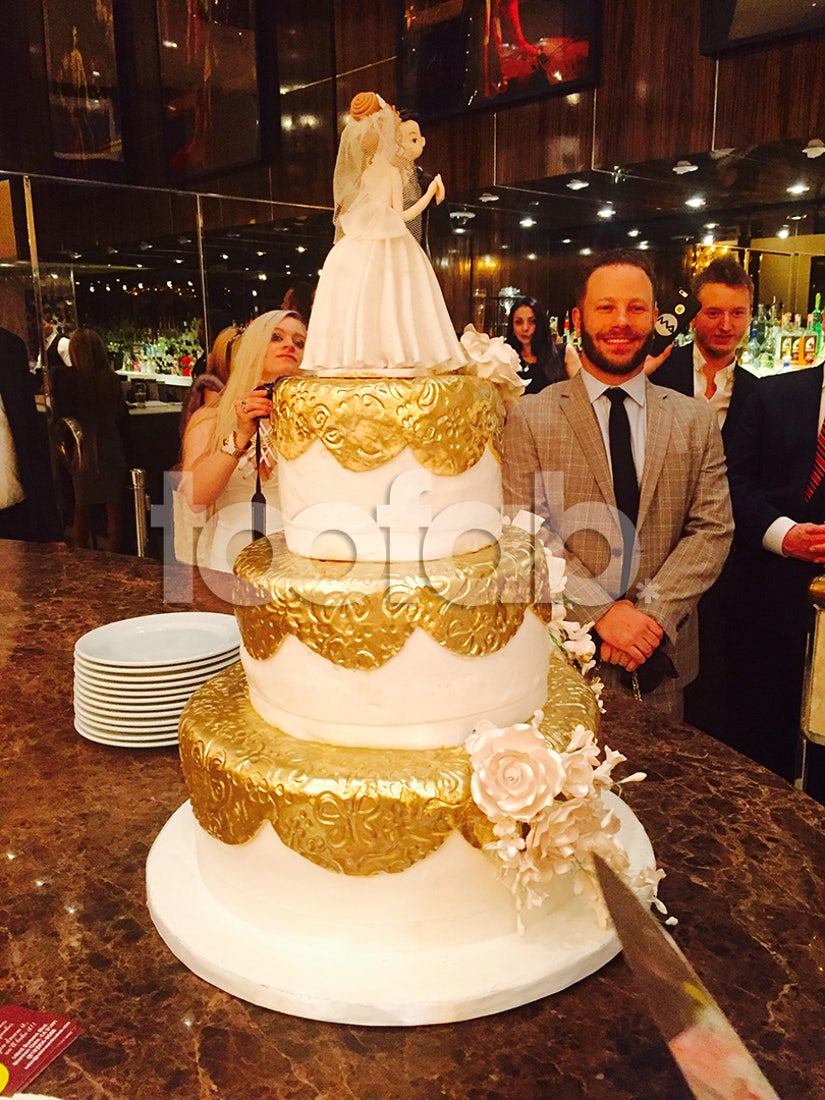 The nuptials come less than two weeks after the star of "The Goonies" popped the question in Palm Springs, where the two were celebrating their anniversary.

He reportedly proposed with a hand-written note reading "Will you marry me?" above a box for "Yes" and one for "No."

Feldman previously revealed the two were never gung-ho about getting hitched, but Donald Trump's election victory changed their minds.

"She was surprised because we had both been so anti-marriage since we met," he told PEOPLE after the engagement. "But seeing as she's Canadian and with Trump coming in, we didn't want to risk being separated by new immigration laws."

This is Feldman's third marriage. He shares a son, Zen, with ex-wife Susie Sprague and was married to "General Hospital" star Vanessa Marcil from 1989-1993.