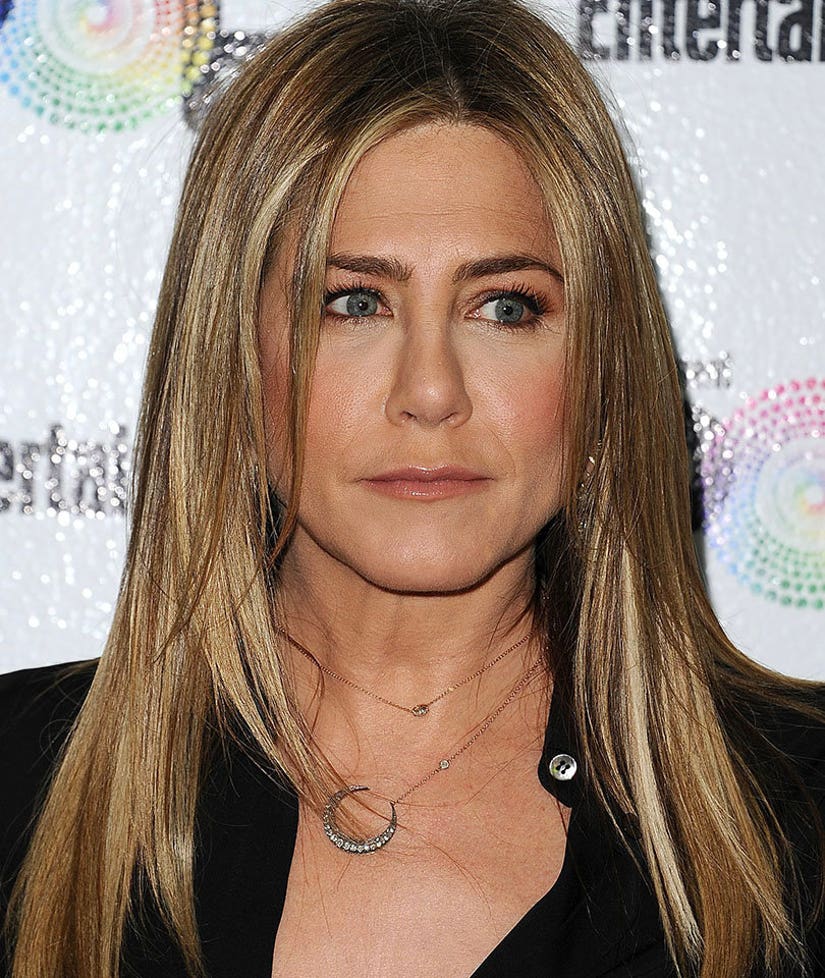 Talking to BBC's "The One Show," Aniston revealed as she cringed, "No one was really a big fan of that theme song. We felt it was a little ... dancing in a pond, dancing in a fountain ... it felt odd, but we did it."

When asked if she still watched old reruns of her show -- bad "I'll Be There For You" memories aside -- Aniston responded, "I can't help it. First I try and remember which episode it is, I even say 'I don't remember that' at first, and you just get sucked into the nostalgia of it."

If you thought that was awkward, though, just wait.

While promoting "Office Christmas Party," one of the show's hosts then asked Aniston if her new character was more like her role in "Horrible Bosses," or more like Rachel Green. The film's directors, who were both in attendance, responded that the character is a "mix of both."

"Just without the sex toys!" Jen chimed in, shocking everyone in attendance!

Why is that awkward? Well, because the kids from The 2016 Rickshaw Challenge were in attendance. The Rickshaw Challenge is a charity that raises awareness for children with disabilities, and yep, they were right there in the live audience.

Check out the hilarious video:

Check out the cast of "Friends" now and then in the gallery above, and leave the LOLs in the comments section!