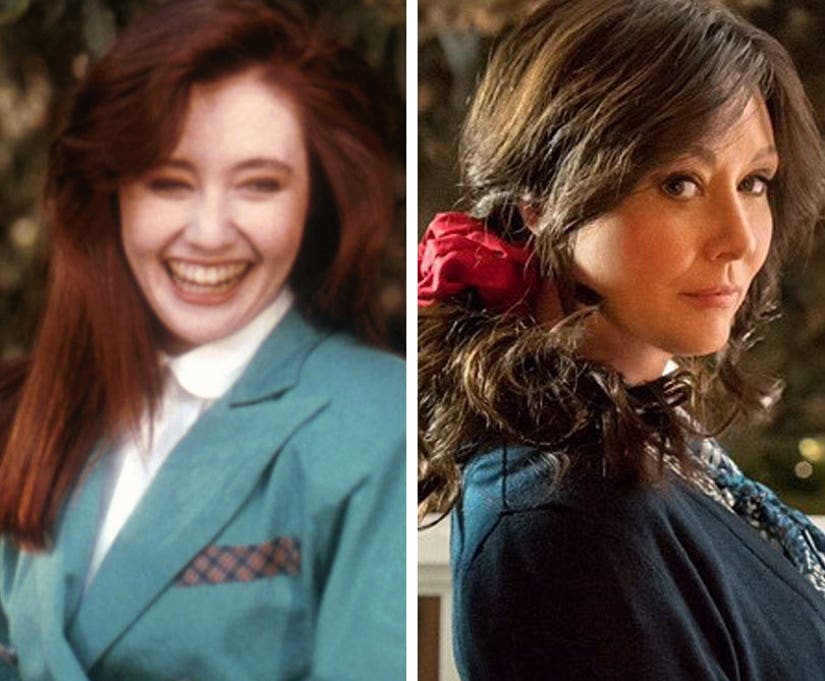 No, we're not pulling on your ... well, you know ... Shannen Doherty is back amongst a new group of "Heathers."

The alum of the 1988 film took to Instagram today to reveal she'll appear in the upcoming TV Land pilot based on the classic flick.

With what looks like Heather Duke's green blazer over her clothes and that infamous red scrunchie in her hair, Doherty is definitely giving us some throwback vibes with this shot, which we're told was taken last week.

"Sneak peek from the #Heathers set..... jealous much?" she captioned the pic.

toofab has learned the 45-year-old actress -- who is currently battling breast cancer -- will portray a "pivotal, unnamed character" in the series, which will be set in the present day.

The show's new Veronica will be up against "a very different but equally vicious group of Heathers," including a male Heather Duke character (played by Brendan Scannell) who reportedly identifies as gender-queer.

The pilot is being described as a "pitch-black comedy" directed by Leslye Headland.