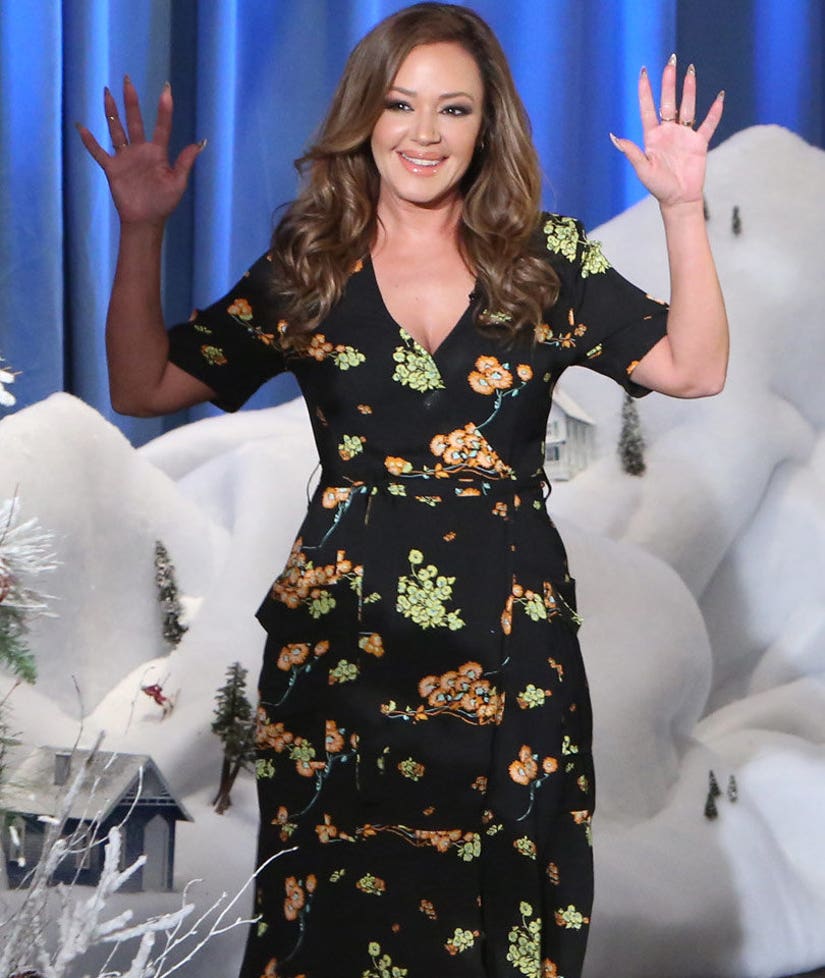 Leah Remini is continuing her crusade against Scientology ... and it sounds like Ellen DeGeneres is definitely on her side.

The former member of the church appears on Ellen's talk show on Wednesday, where she opens up about her new docu-series, "Scientology and the Aftermath," and why she's so outspoken about why she decided to leave the religion.

It's been three and a half years since the actress left the controversial belief system behind -- and she's since released a tell-all book about her experiences, had her post-Scientology life chronicled on a reality show and aims to "give a voice" to the church's victims on her upcoming A&E series, premiering November 29th.

"I felt I had a responsibility to say, 'I'm not going to allow you to bully these people who were very brave to come out and tell their stories,'" she tells DeGeneres. "There are just average parishioners like me who leave and speak out about what they've experienced, and they lose their family. And so the church goes after their family to shun their family. I'm very lucky that that didn't happen to me. My family chose me."

Remini tells DeGeneres she believes she was "followed" by the church after she left, but adds her "story pales in comparison to what happened to other people." Leah says she's fortunate to have a platform as a actress, so she's "able to give a voice to people who might not have an Ellen to go on."

DeGeneres applauds Remini for her work, calling it both "important and brave," before questioning whether Scientology should even be called a religion.

"They claim that they have the technology to get you to the highest enlightenment of that spiritual side of you and to be the best part of you," Remini explains. "There's a lot of things that are good in Scientology, because I wouldn't have been in it."

"We all want those things. What Scientology offers is a bigger game," she continues. "You're part of an elite group saving the planet."

It's this sentiment that DeGeneres takes the biggest issue with, telling Remini that "everybody is trying to be a better version of themselves."

"But Scientology says it's the only way," adds Leah.

"That's the problem I have with religions that claim that that's the only way to get there," Ellen continues. "I think we can all get there and do work without owing something or being ostracized from our families."

The Church of Scientology spoke out about Remini when she first started making waves.

"She needs to move on with her life instead of pathetically exploiting her former religion, her former friends and other celebrities for money and attention to appear relevant again," a statement on their website reads.

"Leah Remini knows the truth she conveniently rewrites in her revisionist history," it continues. "The real story is that she desperately tried to remain a Scientologist in 2013, knowing full well she was on the verge of being expelled for refusing to abide by the high level of ethics and decency Scientologists are expected to maintain."