Mariah Carey is still getting over her end-gagement from James Packer.

The pop star appears on Wednesday's "The Ellen DeGeneres Show," where she opens up about her recent split from her billionaire beau.

"So let's talk about, if you want to and if you will, you had a highly publicized relationship and you were engaged and you were trying on wedding dresses in the docu-series, we see the behind the scenes of that, which is pretty personal. And now you're not together anymore," Ellen says to the "Butterfly" singer in the clip.

"Now it's a whole friggen thing," Carey quips. "First of all, how are you? Mentally and are you happy, how are you?" Ellen asks.

"I think I'm doing well," she says. "I'm actually ... everything happens for a reason, things are the way they are," she explains. 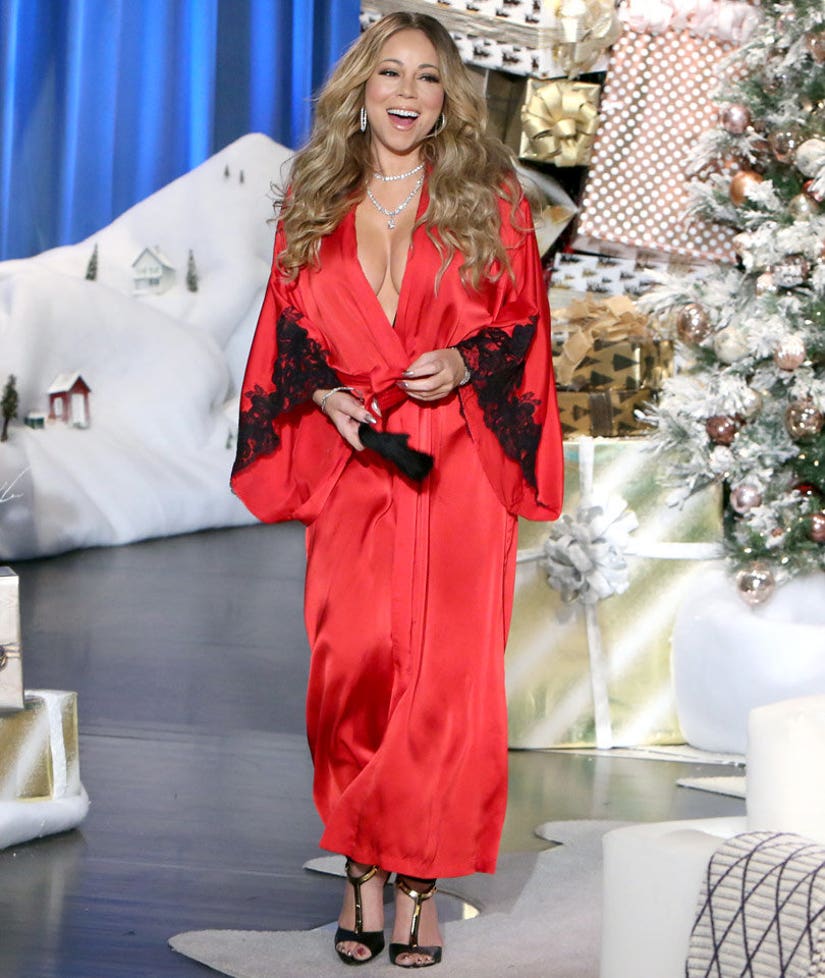 "He didn't want to be in the docu-series at all. And yet he's in it. You see him," Ellen says. "Allegedly," Mariah muses.

After, Ellen says she's seen the pop star's new E! reality series ... which prompts Mariah to change the subject. "It's kind of difficult to talk about it at the moment," she says. "So I'm just going to compliment you on these decorations once again because they are fabulous and I'm here ..."

E! dropped a teaser for "Mariah's World" last week, where Carey's seen flirting with one of her backup dancers Bryan Tanaka.

Clearly, the 46-year-old is not ready to talk about the breakup. What do you think about Carey's comments? Sound off below and check out the gallery above to see more pop stars then and now.