Jennifer Aniston has had enough of the tabloids.

The "Friends" alum appears on Wednesday's "The Ellen DeGeneres Show," where she discusses her motivation for penning that powerful op-ed for Huffington Post earlier this year.

In July, Aniston wrote a sort-of tabloid takedown, where she called for an end to celebrity gossip, body shaming and the public's seemingly relentless interest in whether or not she'll have kids.

Now, Jen's sharing the real reason she decided to open up about her experiences in the spotlight.

"I did it at first really for myself, where you write and don't really send it," she tells Ellen in the clip. "Yeah, I kind of hit a wall. I was pretty raw at the time, had just came back from a vacation and my mother sort of, she passed, it was a really extraordinary experience in time." 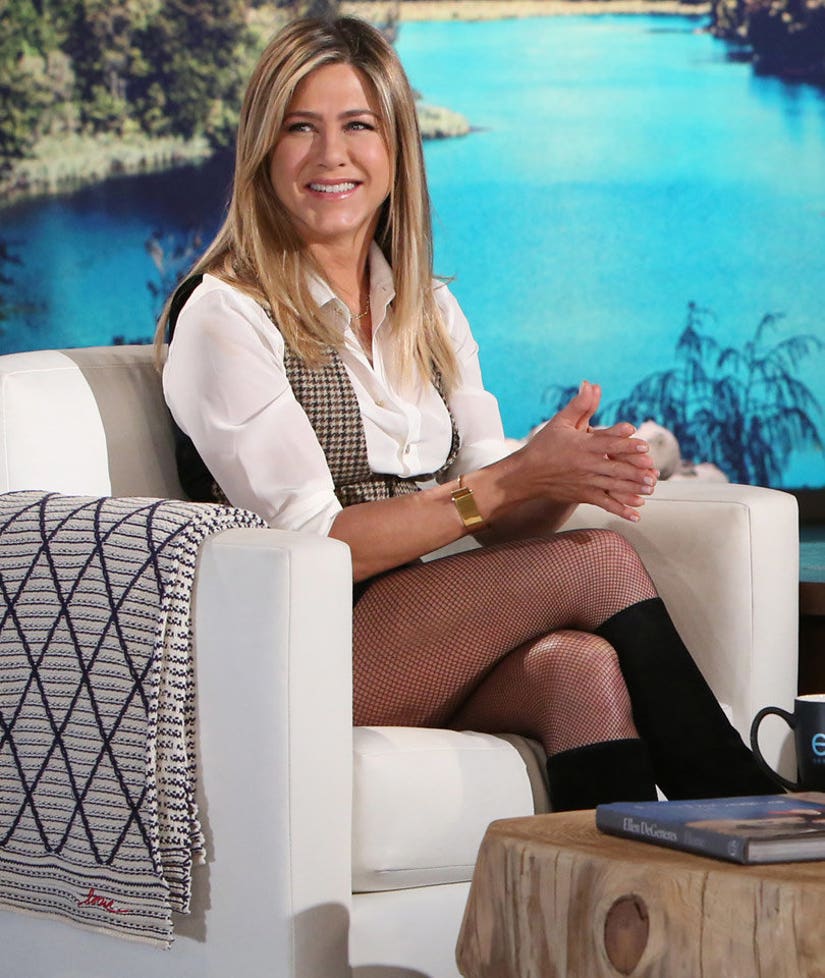 The "We're the Millers" actress says there was something that happened during her trip that really struck a chord.

"[On the island] we were mobbed, like a scary kind of mobbed. I remember thinking is Kim Kardashian behind me or something. It was very strange," she recalls. "Turns out there was another wonderful photograph -- which I've had to live with for the last 10-15 years -- where there's a picture of me with a bump and a circle around my stomach with an arrow pointing to it in just this sort of disgustingly objectifying kind of way, and I was just fed up with it."

"I think these tabloids, and all of us, need to take responsibility for what we ingest into our brains," she suggests.

Aniston goes on to say that women do more in life than just procreate, and shouldn't let themselves continue to be "boxed in."

But it wasn't all super serious, later on the show Jen and Ellen have some sumo-sized fun when they dress up in inflatable sumo costumes and play charades.

Aniston also opened up about how her hubby surprised her over the holidays -- this is too, too cute!

What do you think about the "Office Party" star's candid comments? Sound off below and check out the gallery above to see photos of Jen and Justin!