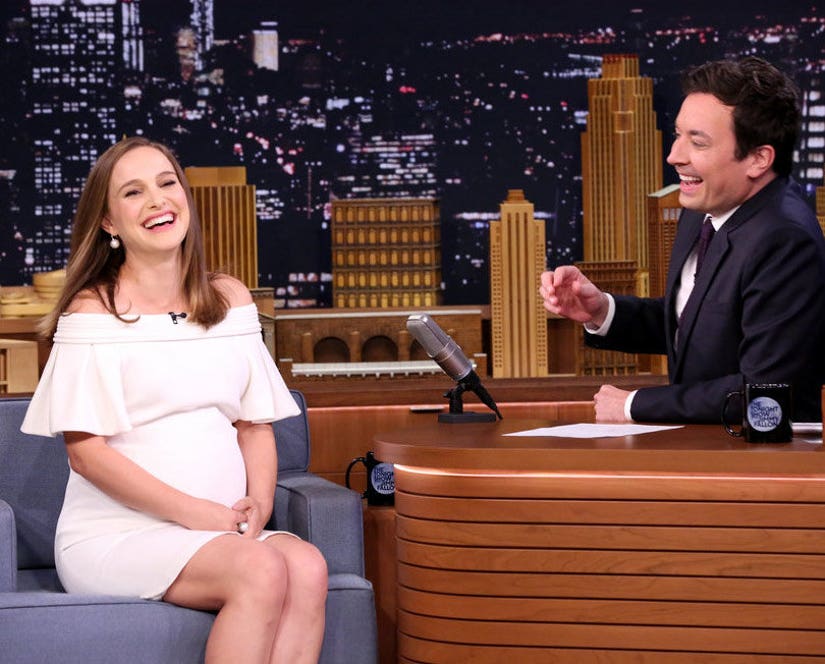 Natalie Portman has that pregnancy glow ... and months to go!

The 35-year-old actress appeared on NBC's "The Tonight Show with Jimmy Fallon" on Tuesday, where she showed off her growing baby bump in a white fitted off the shoulders dress. The "Black Swan" actress is expecting her second child with her husband, French choreographer Benjamin Millepied.

The star joked about her noticeably big bump with the late night host, stating "everyone thinks I'm about to pop and about to give birth any minute, and I have months to go!"

"I went to the store the other day to buy water and the guy at the checkout counter was like, 'Almost, huh?' I was like, 'No! Not at all,'" she revealed.

"I'm a small person in general," Portman added, "You show a lot faster and a lot more when you're small.”

Portman, who is already mother to 5-year-old Aleph, has been showing off her budding bump while promoting her upcoming film "Jackie," which releases nationwide December 2.

While she didn't spill the beans about her due date, the Academy Award winner did state that she was looking forward to spending time with family over the Holiday season.

"I celebrate Hanukkah; I'm Jewish. My husband's family celebrates Christmas, so we usually do Hanukkah at ours and Christmas at theirs, but this year it's the same time, which is really nice," she explained. "So, they're coming to us—to my parents. I was asking my husband, 'Is it OK if we don't have a tree?' And my parents are like, 'We can get a tree!' So excited! Like, my whole life, no Christmas tree. And then all of a sudden they have this great excuse, because it's kind of every Jew's secret wish to have a Christmas tree. It's so pretty!"

See more celebrity baby bumps in the gallery above!