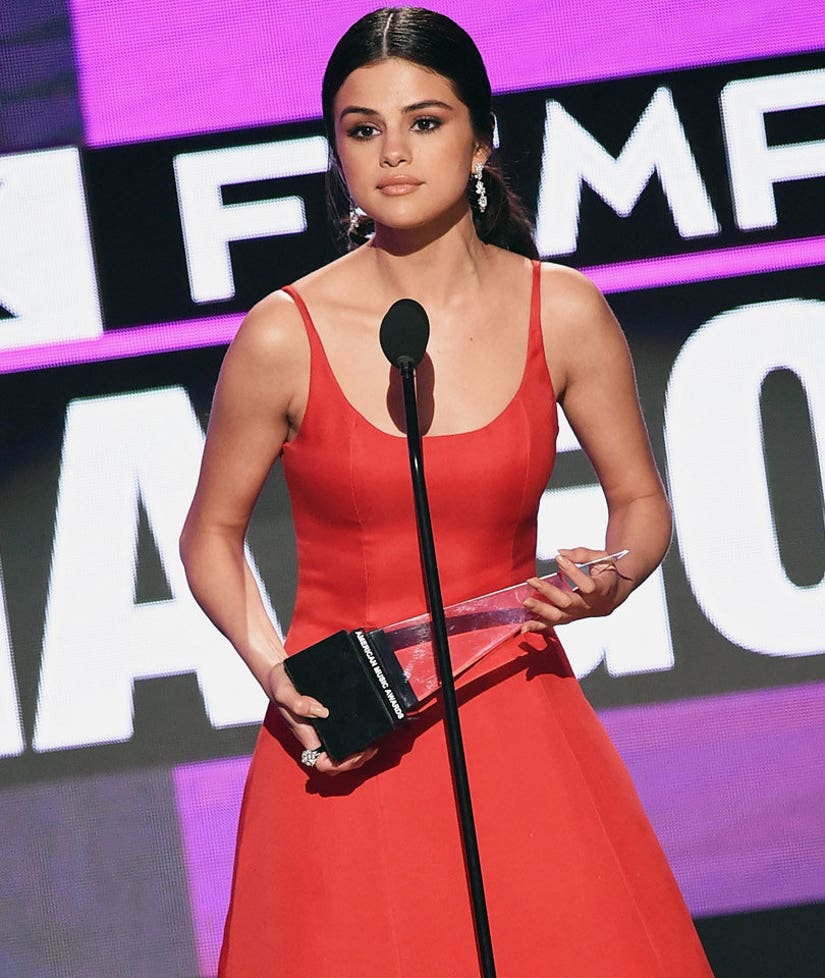 Now that takes some willpower.

Gomez, who canceled her tour and took three months off back in August to focus on her health, says she was beyond burned out before the break.

But the most important part of her treatment was being able to totally unplug.

"I recently took 90 days off. During that time I did not have my cellphone," she explained. "It was the most refreshing, calming, rejuvenating feeling. Now I rarely pick up my phone, and only limited people have access to me."

Since she's slowed down her lifestyle a bit, the pop star makes it a point to "drink water, stretch and take a deep breath" whenever her anxiety is kicking in, and when she has some free time she likes to use "self-affirmations in cooking or napping."

The 24-year-old "Come & Get It" singer made her first public appearance post-treatment at the 2016 American Music Awards in November.

During her acceptance speech for the Pop Rock Female award, Selena thanked her fans for all of their unwavering support.

"I have to say thank you so much to my fans, because you guys are so damn loyal and I don't know what I did to deserve you," she said onstage. "If you are broken, you don't have to stay broken. If you respect me or not, that's one thing you should know about me, I care about people and thank you so much for this."

Selena was diagnosed with lupus last year, and said in a statement to People that anxiety, panic attacks and depression can all be side effects of the disease.

Check out the gallery above to see more pop stars then and now.